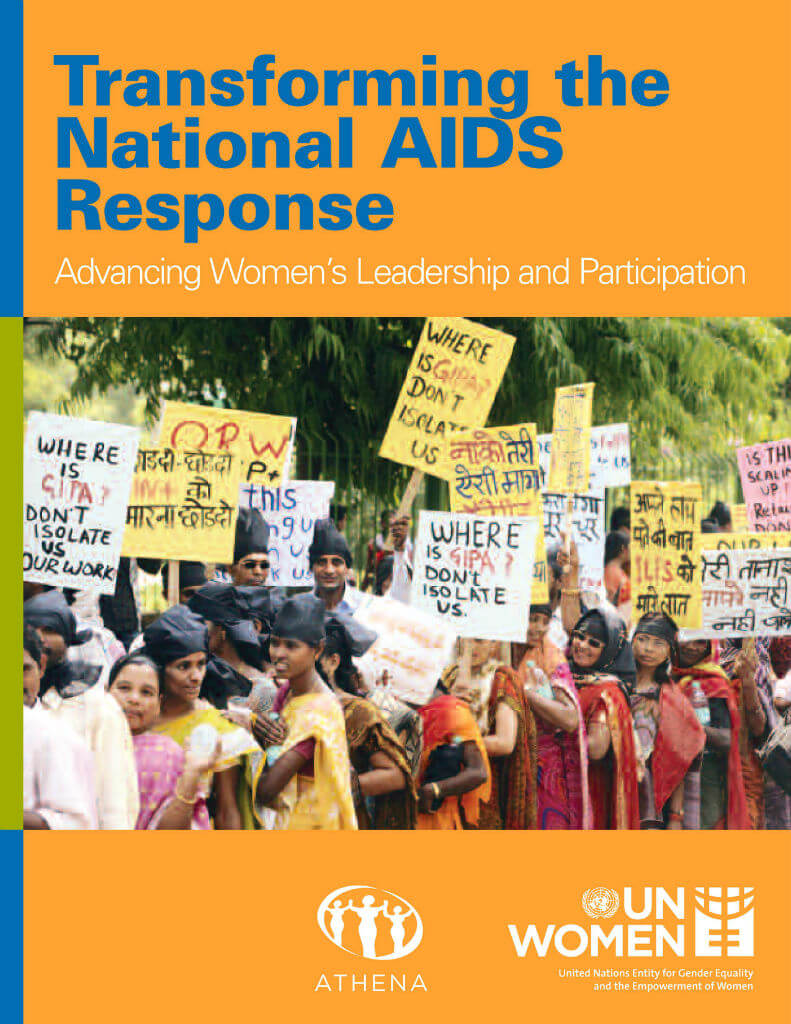 Despite international commitments, HIV-positive women’s participation and voices are largely missing from decision-making in the HIV and AIDS response. With very little and inconsistent monitoring of involvement by key stakeholders at global and national levels, this study, conducted in collaboration with the ATHENA network, sets out to locate where and in what ways, particularly women and those most affected by the epidemic, are participating in the response. It also assesses the opportunities for and challenges to that participation as well as identifies strategies that can be used to advance their full and meaningful participation at all levels.

Based primarily on a series of in-depth interviews and consultations carried out with more than 100 key informants, including institutional leaders, women leaders and decision-makers as well as case studies, five key findings emerged from this review that argue for a more dedicated commitment to developing women as agents of change and active partners in defining and implementing solutions from the community to the global levels in order to transform the AIDS response. The study concludes with ten actionable recommendations—aimed at donors, national governments and other institutional leaders in the AIDS response—addressing the various systemic obstacles women face to their participation and the need for longer term commitments to increase resources to reduce women's vulnerability to HIV and AIDS.

This publication is intended to draw greater attention to the inclusion of women, particularly those affected by HIV and AIDS, as agents of change and as experts through their experience.