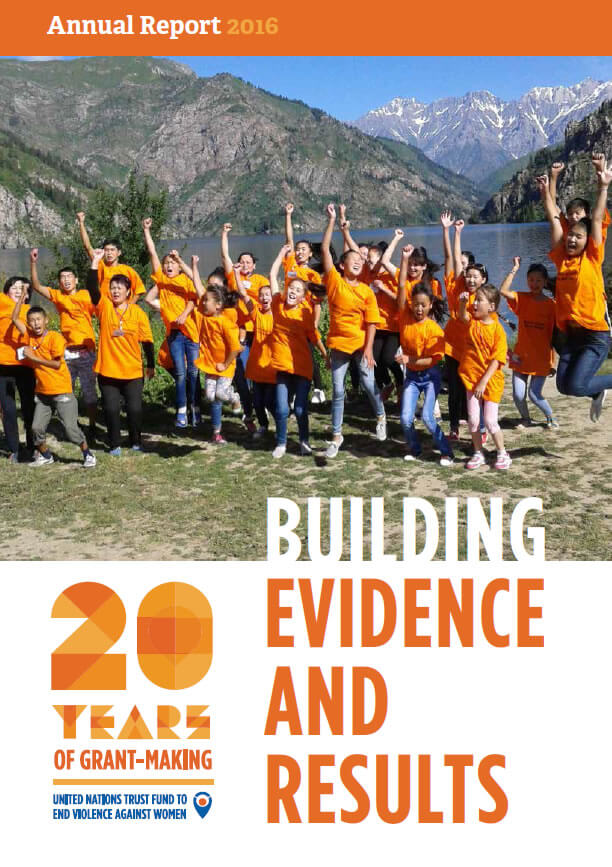 The UN Trust Fund to End Violence against Women’s (UN Trust Fund) 2016 Annual Report includes progress and milestones from the past year. In 2016, UN Trust Fund grantees reached 6 million people with their programmes to prevent and end all forms of violence against women and girls that are being implemented around the world.

Last year, the UN Trust Fund celebrated its 20th Anniversary. During those years, the UN Trust Fund has supported 462 initiatives in 139 countries and territories with grants totaling US$129 million. The amount awarded in grants has risen from US$1 million in 1997 to US$13 million in 2016.