Statistics that adequately reflect the lived realities of women and men, girls and boys—gender statistics for short—are indispensable tools for developing evidence-based policies and solutions to achieve gender equality and women’s empowerment. Such statistics, which include but are not limited to sex-disaggregated data, shed light on areas where progress is made, provide evidence of what works, and reveal gaps where further efforts are needed.

Our solution: Making Every Woman and Girl Count

UN Women’s flagship programme, Making Every Woman and Girl Count, aims to bring about a radical shift in how gender statistics are used, created and promoted. The programme seeks to address the urgent need to increase the availability of accurate information on gender equality and women’s rights in order to inform policy and decision-making.

Through this groundbreaking public-private initiative over the course of five years, UN Women and its partners will support countries to improve the production, accessibility and use of gender statistics. The programme will build a supportive policy and institutional environment to prioritize gender data and effective monitoring of the SDGs, increase data production and improve access to data to inform policy and advocacy.

Making Every Woman and Girl Count will be implemented between 2016 and 2020. At the global, regional and national levels, the programme will provide technical and financial support to countries to improve the production and use of gender statistics in order to monitor the implementation of gender equality commitments in the 2030 Agenda. Adequate monitoring frameworks will in turn inform policies and programmes that can spur meaningful and lasting changes in the lives of women and girls everywhere. Read more»

To find out how you can get involved in Making Every Woman and Girl Count, contact UN Women at gender.data[at]unwomen.org.

Making Every Woman and Girl Count is generously funded by the Governments of Australia, Ireland and the United States and the Bill and Melinda Gates Foundation.

Speech: Transforming the economies of the world so that they work for women

At the "Leave No one Behind: Roundtable of the UN SG’s HLP on Women’s Economic Empowerment" side event during the 72nd UN General Assembly, UN Women Executive Director Phumzile Mlambo-Ngcuka announced the five pathfinder countries (Bangladesh, Morocco, Senegal, Uganda and Kenya) that have been selected to implement the Making Every Woman and Girl Count programme. Read more»

Interview: Take five with Papa Seck: Getting better at gender data—why does it matter? 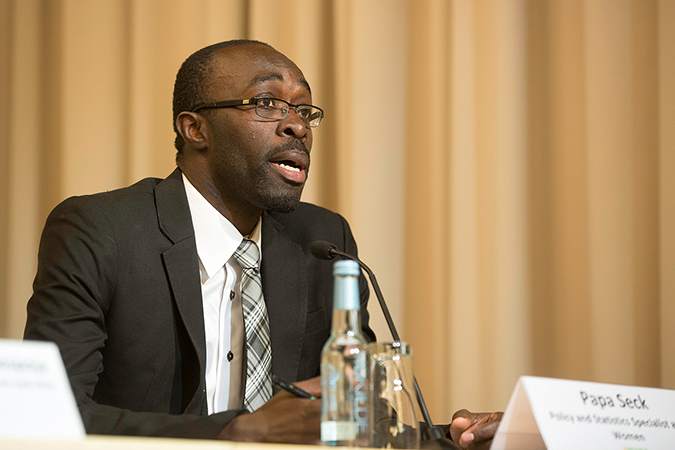 As the new UN Women “Making Every Woman and Girl Count” programme launched in September 2016 at an event in New York, Papa Seck, Chief Statistician of UN Women, talks about why having data and accurate information on gender equality and women’s rights is an urgent need. Read more»

At a high-level event on 21 September, during the 71st session of the United Nations General Assembly, UN Women launched a new public-private partnership to support its flagship programme initiative, “Making Every Woman and Girl Count”. Read more»

Speech: "Without quality data, there is simply no credible path to achieving the Sustainable Development Goals 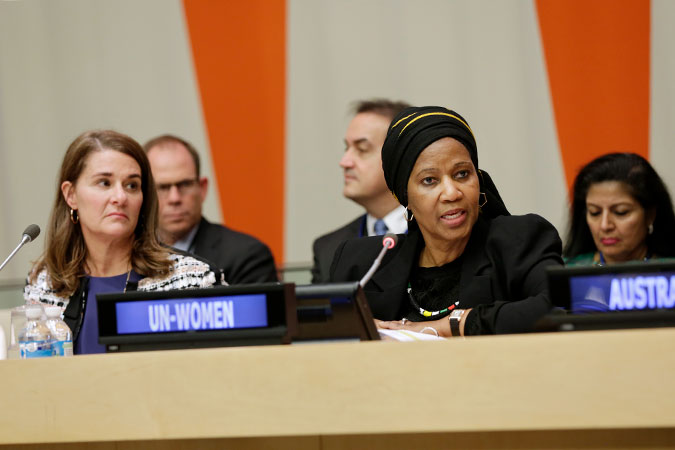 Remarks by Under-Secretary-General of the United Nations and Executive Director of UN Women Phumzile Mlambo-Ngcuka at the Making Every Woman and Girl Count side event to launch a public-private partnership to close gender data gaps for SDGs monitoring and accountability. Read more»

[1] United Nations. 2013. Report of the UN Secretary-General on Gender Statistics. 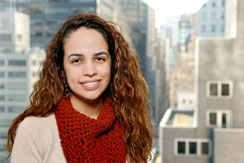 Ginette Azcona, a Policy Specialist with UN Women’s Research and Data Team, explains the importance of, and challenges related to global monitoring of progress towards achieving the SDGs.More