This year's Call for Proposals marks the UN Trust Fund's 15th anniversary. “The fifteen years of the UN Trust Fund have shown us what works to end violence against women, said Michelle Bachelet, UN Under-Secretary-General and Executive Director of UN Women. “Change is possible, and the strategies and innovations that have developed with support from the UN Trust Fund are a strong testament to the fact that we are at a unique moment in history to put an end to violence against women. It is time to translate this momentum into reality for women and girls, and their communities and nations.

The report's findings highlight that the UN Trust Fund has supported innovative, effective initiatives that have transformed the ways in which people and institutions think and act. The Trust Fund has invested in comprehensive approaches that range from prevention to the provision of services and efforts to bring legislative reform for women impacted by violence against women. It has provided seed funding for approaches that are recognized among the world's leading practices, such as the Safe Cities initiative that began in Latin America and is now “going global with support from the United Nations and various government and civil society partners.

In her message for the International Day for the Elimination of Violence against Women, Ms. Bachelet said, “The United Nations Trust Fund to End Violence against Women is supporting local groups and innovative strategies, saving lives and helping to end the indifference, inequality and impunity that allow such violence to continue.

As of November 2011, the UN Trust Fund's grant portfolio comprised 96 projects in 86 countries for a total value of more than USD 61 million. More than 77 percent of these grants, amounting to more than USD 44 million, support civil society organizations. Grants awarded to governments and UN county teams amount to USD 5.9 million and USD 10.8 million, respectively. However, funding gaps continue to persist: the UN Trust Fund was able to meet only 5 percent of the demand for funding in 2011. “To mark this year's 15th anniversary, I invite partners to contribute to the Trust Fund to meet the high unmet needs for programming around the globe, said Ms. Bachelet.

Established in 1996 by a General Assembly Resolution, the UN Trust Fund is the only multilateral grant-making mechanism exclusively devoted to supporting local and national efforts to end violence against women and girls. It is managed by UN Women on behalf of the UN system.

The Call for Proposals is open until 19 January 2012, 23:59 EST (New York time), and it can be accessed at https://www.unwomen.org/how-we-work/un-trust-fund/application-guidelines. 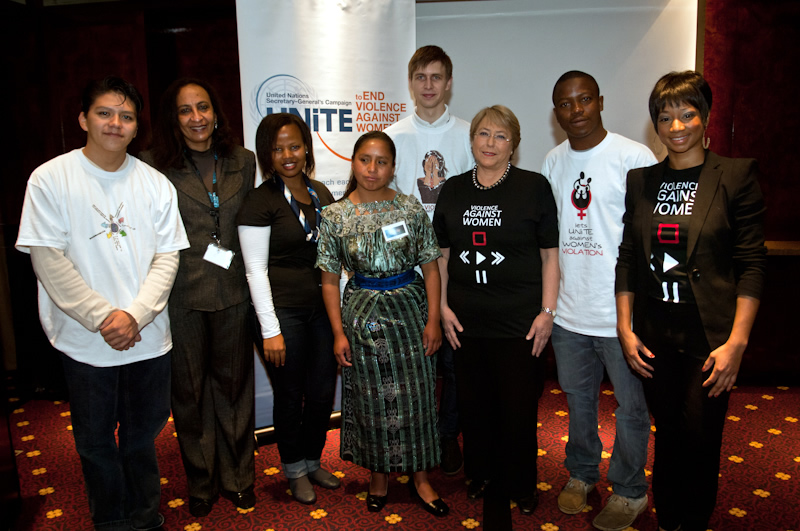