“Getting to Zero”: Working together to end the twin pandemics of HIV/AIDS and Violence against Women

This year, the message marking the commemoration of the World AIDS Day is unequivocal: Zero New Infections, Zero Discrimination and Zero AIDS-related deaths. Violence against women has been increasingly recognized as both a cause and a consequence of HIV. The twin pandemics are each rooted in gender discrimination, women's subordination, disregard for women's human rights and the power imbalances between women and men that exist in societies all over the world.

In 2011, the UN Trust Fund to End Violence against Women established a global learning initiative on addressing the intersection of violence against women and HIV. This includes a group of UN Trust Fund grantees working in eight countries (India, Kenya, Lesotho, Malawi, Rwanda, Sierra Leone, South Africa and Ukraine) to scale up promising practices to address the intersection, and to deepen the knowledge, on how violence and HIV interact in the lives of women and how these twin pandemics can be effectively and holistically addressed.

On the occasion of World AIDS Day 2012, representatives of some of the organizations that received grants from the UN Trust Fund have responded to the following question:

Is it possible to get to Zero HIV/AIDS without Zero Violence against Women? 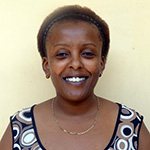 It is not possible! Data from sub-Saharan Africa, where we have the highest burden of disease, shows that young women represent the majority of new infections and young women's HIV risk has been clearly associated with gendered vulnerabilities and violence. Research shows that young women who have experienced intimate partner violence or who are in relationships with low equality are at greater risk of getting infected with HIV, compared to those who do not experience violence. Studies also show that nearly one in seven new HIV infections could be prevented if young women were not subjected to physical or sexual abuse. Elimination of violence among sex workers could potentially reduce up to 21,000 new infections in a country such as Kenya, which has 104,000 new infections annually. We cannot continue to ignore science! We will not achieve the HIV goals without addressing violence! 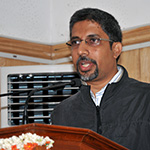 We are working in the context of addressing HIV and violence against women in sex work. Achieving Zero HIV among women in sex work will not be possible unless we address their vulnerability to violence. The objective of protecting each sexual contact of a sex worker is dependent on her environment, which has to be free of any violence, harassment and abuse. The choice of protecting a sexual contact often remains with her partner or her perpetrator. It is therefore important for programmes to empower women in sex work as well as enable the environment around them to respond to their needs. 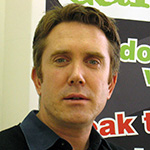 Our shared goals of getting to zero new infections will be impossible to achieve if we don't end violence against women and if we don't transform the gender roles currently driving both violence against women and sexual risk-taking. In a world where some women are still not able to assert their right to determine how or whether they have sex, and are still subject to violence when they refuse to have sex or insist on condoms, women will remain vulnerable to HIV transmission. In a world where many men still equate manhood with dominance over women, sexual conquest and entitlement to women's bodies, and where too many men use violence to reinforce and police inequitable gender norms, it will not be possible to reach zero new infections or zero discrimination. At Sonke, we believe that it is imperative that men be encouraged to act on their convictions that domestic and sexual violence is wrong and must be stopped and that, as men, they have a critical role to play in supporting women's human rights and in promoting gender equality. 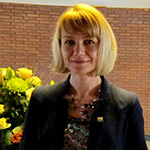 We can only get to zero HIV if we eliminate violence against women. Violence plays a crucial role in increasing the risk to women of HIV infection and AIDS related deaths and is both a cause and a consequence of HIV-infection. Violence is the driving force behind the epidemic and a key reason why women are more vulnerable to HIV than men. The circumstances underlying the correlation between violence against women and HIV/AIDS are a complex weave of social, cultural, and biological conditions. Each year we have more than 21,000 of new HIV-infection cases in Ukraine, more than 3,700 AIDS-related deaths and more that 100,000 of VAW cases. So, it will be not easy to get to ZERO in Ukraine. 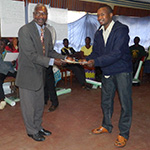