Michaëlle Jean, former Governor General of Canada, was selected by consensus as the new Secretary General of the International Organisation of La Francophonie (IOF) at its 15th Summit, held in Dakar, Senegal from 29-30 November. She will be the first woman to lead the organization of French-speaking nations, which includes 57 members or associates and another 20 observers. Ms. Jean, who is also of Haitian origin, will take over from outgoing Secretary General Abdou Diouf, of Senegal, in January 2015. 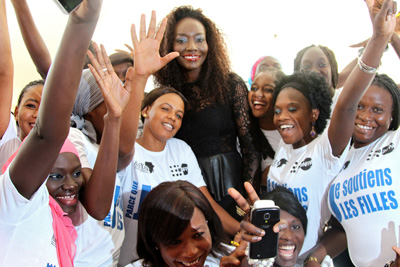 In the lead-up to the Summit, from 26-28 November a series of actions and events were organized by UN Women and other UN agencies, and national, regional and international organizations.

On 26 November, UN Women participated in a session organized by UNAIDS, GAVI Alliance, the Global Fund to End AIDS, Malaria and Tuberculosis, the French Ministry of Foreign Affairs and others on the theme: “Engaging Women and youth in Health”. 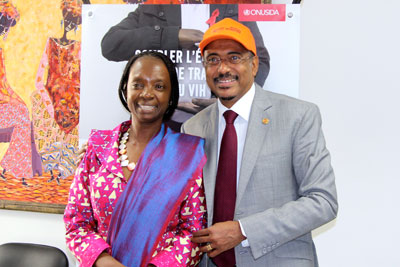 UNAIDS Executive Director Michel Sidibé wears his orange UNiTE campaign hat, given to him by UN Women Regional Director WCARO on 27 November, as part of the 16 Days against Gender Violence. Photo: UNAIDS/B Demeocq

On 27 November, a panel organized by UN Women and the United Nations Capital Development Fund (UNCDF) put the focus on: “Gender Equality and Inclusive local Development”. During the discussion, UN Resident Coordinator for Senegal, Ms. Bintou Djibo, said: “It is essential that we connect the issue of gender equality with development.”

On 28 November, in collaboration with the United Nations Children’s Fund (UNICEF), the United Nations Populations Fund (UNFPA), the Canadian Embassy and Senegal’s Ministry of Women, Children and Family, UN Women organized a high-level panel and intergenerational dialogue with women and youth on the theme of “Ending Female Genital Mutilation and early marriage”. 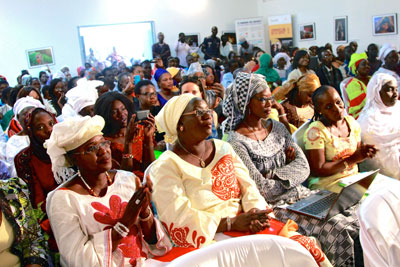 During the dialogue, a young male student said, “There is no valid reason to justify early marriage or female genital mutilation. We must act!”

UN Women chaired the panel organized by the IOF on 28 November, on “Sexual violence in conflict situations”. At the event, Josephine Odera, UN Women Representative for West Africa, stressed that confronting such violence means “defending against cases of intolerable violations of fundamental human rights.”