“I Am Evelyn Amony”: A memoir of war, rape and survival

“The happiest memory I have is when I received the second-highest grade in my class in Primary Four… When my father heard the news, he slaughtered a goat and gave me the liver. In Acholi, the liver is usually reserved for the elders; it is so delicious… The next term, I was abducted by the rebels, so I did not get to attend Primary Five.” 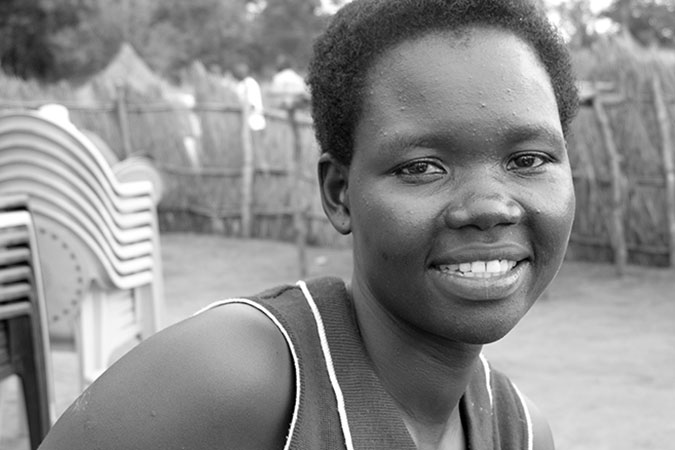 Evelyn Amony was just 11 years old when soldiers from the Lord’s Resistance Army (LRA) kidnapped her from her home in Kalalo, in northern Uganda. She spent 11 years with the LRA. Her memoir, “I Am Evelyn Amony: Reclaiming my Life from the Lord's Resistance Army,” was launched on 15 June at the Japan Society in New York, co-hosted by UN Women and the International Center for Transitional Justice, with generous financial support from the European Union. The gripping autobiography tells an incredible story of survival.

Like thousands of other children abducted by the LRA, Ms. Amony was trained as a fighter. At age 14, she was forced to marry Joseph Kony, the notorious LRA leader wanted by the International Criminal Court, and bore three of his children. “One day, Kony called all of his wives to the house and told them that I was to be his wife…” she recounts in her book. “One day I asked him, ‘How can I be your wife when up until this point you have called me your child?’ He said, ‘You have no choice, you must be my wife’.”

Ms. Amony’s life with the LRA was grueling and fraught with danger. “We were beaten for every slight mistake we made...From the bush we had no place to go,” she writes.

Eventually, she was recaptured by the Ugandan military in 2004 and reunited, along with two of her children, with her family. One of her children is still lost. Later, Ms. Amony joined the Juba Peace Talks to act as a liaison between Mr. Kony and the peace delegates.

From a life of captivity, rape and violence, her book details the grinding poverty and stigma she faced every day upon her return. “Two days after my mother was in the grave, I overheard a neighbour say, “I will not attend prayers for Margaret because her daughter is Kony’s wife.” 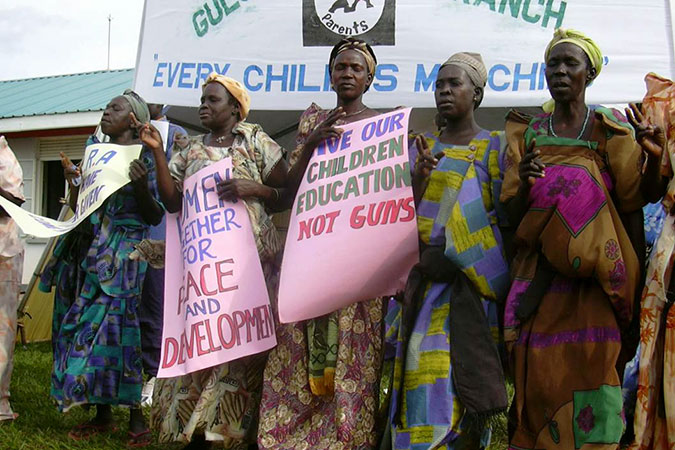 Today, Ms. Amony leads the Women’s Advocacy Network (WAN) in Uganda, a forum for war-affected women to support survivors of conflict-related sexual and gender-based violence and to advocate for justice, acknowledgement and accountability. WAN is a part of the Justice and Reconciliation Project in Gulu, northern Uganda, supported by UN Women.

“However, most of the reports and responses are missing the voices of survivors,” says Nahla Valji, Deputy Chief of Peace and Security, UN Women. “They focus on survivors’ short-term needs, overlooking the long-term impacts of these violations, like the needs of children born of war.”

Ms. Amony’s book takes the reader on an unforgettable journey of a survivor and activist. Following the book launch, an-all day workshop in New York on 16 June will focus on learning from lived experiences of survivors to develop better policies and programmes.

“I wrote this book because I wanted everyone to know war is bad because of the different consequences that it has on the lives of women and children and that it must be stopped,” Ms. Amony said in closing remarks at the launch. “By writing this book I wanted to demonstrate that even if you've gone through painful experiences your life, you shouldn't be defined by those experiences; you can still do a lot to change the lives of others.”

In the words of Evelyn Amony: “I was forced to become one of his 27 'wives' ”

Related News
14/05/2013
In the words of Saran Keïta Diakité: Girls receive a visit from a different man every night, a ‘new husband’
25/01/2013
Malian women make their voices heard: emergency aid, participation in the peace process, and justice for all
09/01/2013
Helping rape survivors in Mali to speak up
14/06/2018
From where I stand: “We need men who will stand up for the rights of women and girls”
01/08/2016
Rebuilding lives after Boko Haram
END_OF_DOCUMENT_TOKEN_TO_BE_REPLACED