Indigenous women take to radio to say, ‘no more violence’ in Nicaragua

“It makes us happy that we hear the men from our communities are listening to the radio and saying ‘no more violence’ and acknowledging that women have rights.”

This is how Luisa Ruiz* described the change brought to her community by the “Voices of the Women of Wangki Tangni” project, which established the first radio station to focus on women’s rights in the North Atlantic Coast of Nicaragua.

Valerie Carero*, another avid listener, said: “We have lived here with a high level of sexual violence against young girls. But now with this project, we are talking daily about this issue in the schools, churches, in the home, when we are doing chores and in meetings, so that we can overcome this violence. We believe that we are already seeing less violence in the home and within families.” 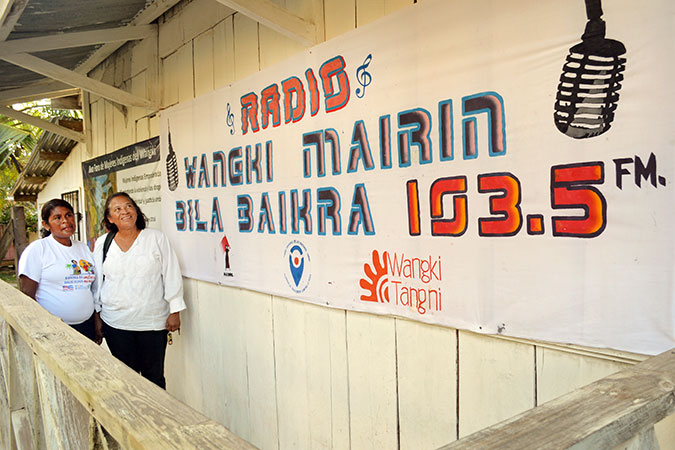 The MADRE and Wangki Tangni Radio station where programming on violence against women and women’s rights is produced for the community. Photo: UN Trust Fund/Mildred García.

The national epidemic of violence against women and girls is acute in this region, particularly for indigenous women whose needs are often neglected and marginalized in remote areas. In order to reach out to them, in June 2016, the international women’s rights organization MADRE and its local Nicaraguan partner Wangki Tangni launched an innovative radio project, supported by the UN Trust Fund to End Violence against Women (UN Trust Fund), which is managed by UN Women on behalf of the UN System. The project targets more than 63 communities in the region.

Through this radio station and “community listener groups” organized by comunicadoras—women’s rights defenders—from Wangki Tangni are providing consistent information and a safe space for learning to women and girls, as well as men and boys, on women’s rights, human rights and indigenous concepts of peaceful living. It is the region’s only radio station that airs programmes in the local Miskito language. 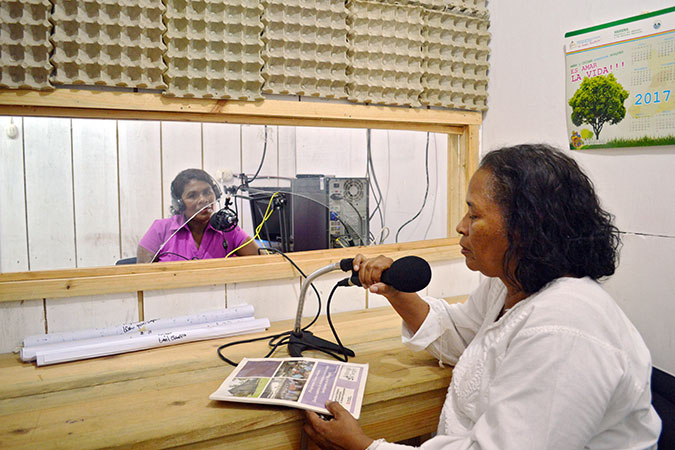 "We've worked hand-in-hand with women from these communities for decades," said Natalia Caruso, Director of Partnerships for MADRE. "As they've faced war and disaster, poverty and violence over the years, there has always been one factor in common: women always speak out. This radio station amplifies their voices, spreading their message of non-violence and human rights even farther and to communities that have been otherwise isolated from information."

Mildred Garcia, UN Trust Fund Portfolio Manager for the project, who recently visited the communities feels that the initiative has given voice to those who were voiceless: "Women affected by war, with difficult living conditions and in hard to reach areas, can now tell their own stories, through radio. Through the radio programmes, women are now informed about their rights and how to access justice. One older woman said to me, 'when we gather to listen to the programme with my granddaughters and other members of the community in our own language [Miskito], we feel included; we feel that the radio is an instrument of our livelihood battle’.”

Since the project began in 2016, MADRE has provided more than 350 solar radios to 115 communities to expand the reach of the programme, and more will be distributed in the coming months. Building local capacity, it has also trained 30 comunicadoras on effective interviewing and broadcasting techniques, and provided instruction to all that received a radio on how to use the equipment.

*All names have been changed to protect the privacy of the individuals.