In Kenya, women gear up for county elections

Abdia Gole, 33, is a recent graduate of Business Management from one of the leading universities in Kenya, and a candidate for the upcoming County Assembly elections for Gorbo Ward, Marsabit County, in Northern Kenya. “I am going door to door, campaigning to urge women and youth to vote for me. Our time is now or never,” says Gole. 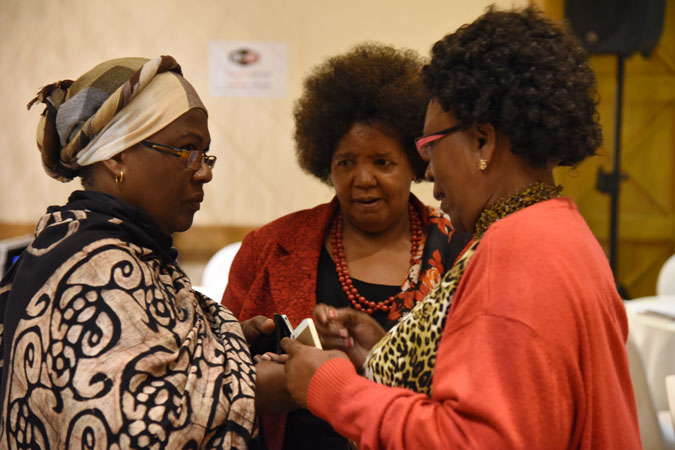 When she first announced her decision to run for a political office, people in her community ridiculed her. The Council of Elders, who are the traditional leaders of the community and have the ultimate say in such matters, also disapproved Gole’s intentions. In her traditional community, women are expected to stay home and care for their families. Competing with men for political office is unheard of.

Adan Wako, head of Community Initiative Facilitation and Assistance (CIFA Kenya), UN Women’s partner working to expand women’s leadership, feels that it’s important to start with changing the hearts and minds of the Council of Elders. “This will help break the barriers that women in these communities have experienced over the years, relegating them to second class citizens in their own country. It is time to celebrate women leaders who are paving the way for an inclusive society where future generations will embrace women’s leadership.”

Some 456 miles away from Gorbo Ward, in the coastal town Mombasa, Maimuna Mudao is optimistic about winning the election for the position of Women’s Representative in Mombasa County. The National Assembly of Kenya consists of 47 “Women Representatives”, each elected by the registered voters of the counties. “I have previously contested for the position of Member of Parliament (Kisauni), in Mombasa county in 2004 and 2007. Since then a lot has changed in terms of electoral processes, the enactment of the new Constitution, and the attitude of voters. Now there is more awareness of gender issues,” she says. “This is a step toward the right direction for us as aspiring women leaders.”

However, Mudao feels that more needs to be done to raise awareness among women candidates and voters. According to the law, political parties must nominate at least one-third of women candidates. But this does not happen in practice, which hampers women’s chances of getting elected during the general elections. “Women need to understand that when other women are in leadership positions, they can bring more gender-sensitive laws and policies,” says Mudao. 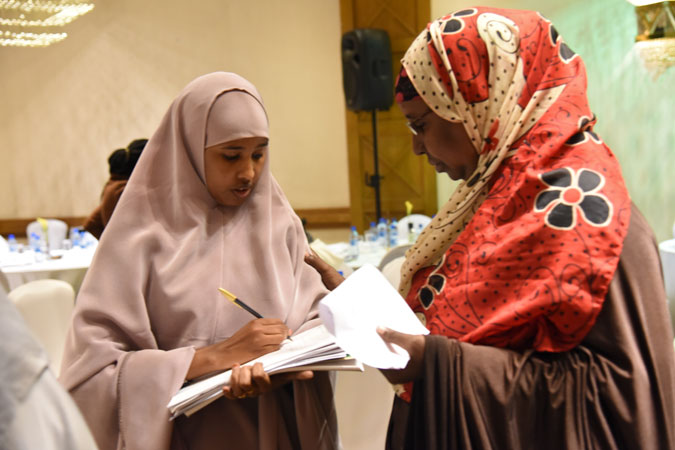 Abdia Gole and Maimuna Mudao are among the participants of the joint UNDP, UN Women and OHCHR project on “Strengthening Electoral Processes”. Funded jointly by DFID, USAID, EU, and the Governments of Ireland and Italy, the project aims to support credible and peaceful elections. A key aspect of the project is enhancing women's participation in electoral processes.

Kenya’s 2010 Constitution guaranteed equal rights and opportunities for women in the political, social and economic spheres through affirmative action. However, a gender audit supported by UN Women in 2016 found that in practice, women still faced persistent institutional barriers to political participation and not many women were being nominated or elected within the political parties. Based on the findings, the Political Parties Bill was passed, stipulating that no more than two-thirds of elected or appointed candidates on a party list would be of the same gender.

Now, under the same project, and in collaboration with various local partners, UN Women is working with community elders to break the cultural barriers to women’s political participation. “It is critical to change the attitudes of the elders so that they accept and support women candidates in Kenya,” stresses Sebastian Gatimu, UN Women Gender and Election Programme Analyst.

“The Council of Elders—who are all men—are the custodians of culture and determine the power sharing amongst themselves. UN Women will continue to engage through partners, such as CIFA Kenya, with the elders so that they recognize and appreciate women’s contribution to their communities and support their leadership in the political arena.”

Kenya has seen an increase in women’s representation in the Parliament from 9.8 per cent to 19 per cent in recent years (2007 – 2013). As the country moves closer to the general election, the State Department of Gender Affairs, with the support of UN Women, is conducting a series of county-wide civic education to strengthen the capacity of women to participate in the electoral process, both as candidates and as voters. The trainings raise public awareness on the need for more women in elective positions and show examples of how women have led in the past. They also sensitize the participants about their legal rights vis-a-vis the electoral process, and teach campaign management skills to women aspiring to run for office at local levels.

For the upcoming general elections on 8 August, hopes are running high among women candidates. A total of nine women are competing for Governors, 115 as members of the National Assembly, 25 as senators’ and 261 as members of the County Assemblies.