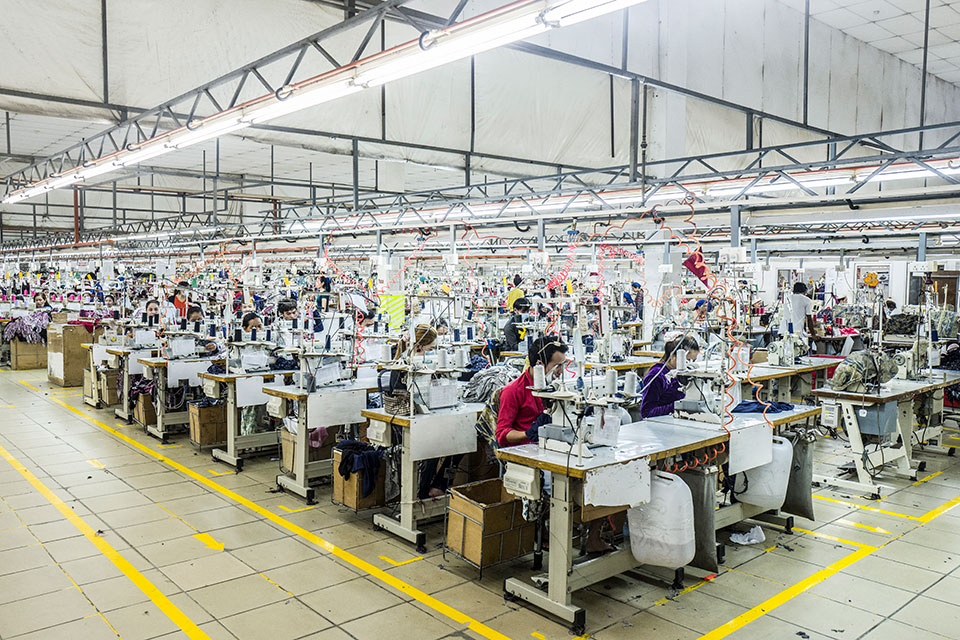 Across the globe, women workers rise each day to power our world. They build, create, and drive progress across all sectors. Yet for millions of women, workplaces are sites of insecurity, abuse and vulnerability.

For far too long, the working world has been dominated by unequal power dynamics that endanger the safety and security of women, but change is underway.

Survivors have leveraged the power of solidarity, collective action, and social media to spur the most significant global movement to end harassment. Both online and offline, women have named their pain and called for an end to the injustice.

Let’s be clear — harassment of all kinds, including sexual harassment is not complementary, humorous, or unavoidable. It’s not trivial. It’s not acceptable.

It affects all jobs, sectors, and occupations, and it has serious consequences for workers, their families and communities, as well as for the reputations and productivity of enterprises.

Here’s a look at how around the world, efforts are on to make harassment at work history. 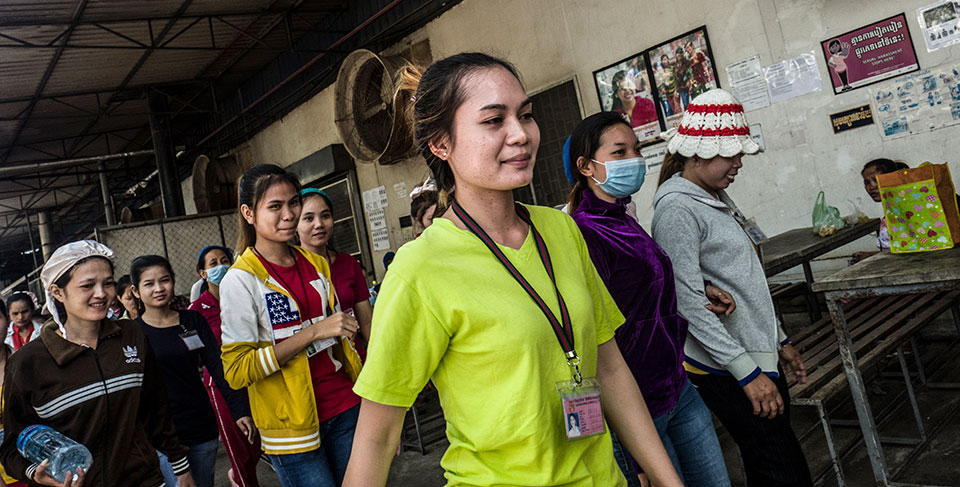 Every day at 6:30 a.m., Chhun Srey Sros goes to work at a garment factory in Sangkat Chaom Chao, Cambodia. At just 22 years old, Sros is already a supervisor and heads a section responsible for cutting hems; she left school early to support herself and her family.

“After my father passed away, my nine siblings and I had to work to support the family. My sisters all work in this factory or in factories close by,” she shares. In Cambodia, 70 per cent of women are engaged in vulnerable employment; more than 500,000 work in garment and footwear factories where sexual harassment is common.

“Cambodian culture says that men are seen as gold and women are seen as cloths. It is not fair. Life as a woman is challenging,” says Srey Sros. To combat gender inequities in the workplace, Srey Sros’ factory, in partnership with the UN Trust Fund to End Violence Against Women, created a sexual harassment campaign that encouraged workers to report harassment and ensured that action would be taken against perpetrators.

From garment factories to construction sites to office buildings, ensuring women’s access to justice and redress is critical to the full enforcement and monitoring of workplace procedures addressing violence and harassment.

See what a day in Srey Sros’ life looks like in the photo essay, Made in Cambodia.

Recognizing the collective cost of injustice 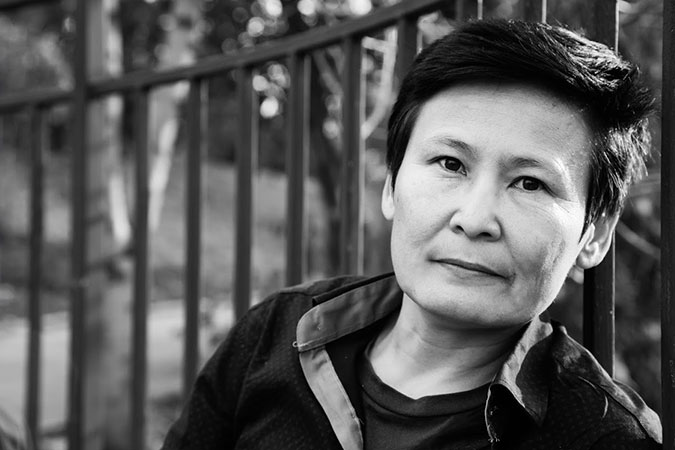 From workers’ psychological, physical, and sexual health to higher rates of absenteeism and turnover, the cost of harassment in the world of work are high.

For Gulzada Serzhan and her previous employer, it meant losing a valuable team member when the project could have been developed further.

Serzhan, 44, from Kazakhstan, was an IT project manager when she began to face harassment from a male colleague. “We had to take business trips together, and every time he would get drunk, he would make sexual advances,” she remembers. “I was tired of it and told him that I am a lesbian,” she says, but the harassment only worsened. “He believed he could ‘correct’ me.”

After completing the project, Serzhan left her job, even though the project had potential for further development. Even today she hears from researchers all over the world.

Before leaving, Serzhan spoke to the head of the department about her harassment. She took a stand. “

Countless numbers of women like Serzhan have taken the brave step of naming their abuse or abusers and routinely encounter disbelief, trivialization, or minimization of their experiences or expectations, , and sometimes retaliation.

It’s these cultures of impunity for the privileged that must be removed and replaced with respect, equity, and accountability if we are to shift the paradigm of workplace cultures.

Time’s up: No more silence. No more waiting. No more tolerance for discrimination and harassment.

Catharine A. MacKinnon, feminist legal scholar and Advisor to UN Women’s Executive Coordinator and Spokesperson on Sexual Harassment and Discrimination, outlines the path to workplace equality simply: “Begin by listening to survivors. Ask: What do you need? Stop talking. Write down what they say. Then build it.”

While the goal is clear — safe and secure working environments for all — achieving it requires dedicated, challenging reflection and work. To help guide the way, here are some pointers from the experts:

Start by naming the problem. Sexual harassment is unwelcome sexual conduct, which can range from looks to rape. It is an abuse of power and a human rights violation.

Know the knowers and learn from them. Putting survivors first means enabling a space where women feel that they can speak, and when they do, they will be trusted. It also means connecting with them, along with scholars and activists, to shape, review, and amend workplace processes and systems.

There may be policies and procedures in place but are they fit for purpose? Revisit, assess, and re-shape policy and practices until they ensure equity for all. These are our best tools for rooting out workplace sexual harassment for good.

Build a culture of respect, practice equality, and ensure diversity in senior positions. Because sexual harassment is a creature of hierarchy, anything that places a person in a less powerful or lower status position, an unequal position, heightens the risk of that person being sexually harassed.

Develop and demonstrate unequivocal leadership. “The leadership of an organization must be very clear that zero tolerance is part of their work, and that it’s a practice not just an endpoint. You practice zero tolerance every day. You do not allow abusers to get away with it,” says Purna Sen, UN Women Executive Coordinator and Spokesperson on Addressing Sexual Harassment and Other Forms of Discrimination.

In a Facebook Live discussion, Sen outlines steps we can all take to push the needle forward on ending sexual violence and harassment. She stresses the importance of engaging men and boys: “Think about what it means to be a man and what that definition of manhood can look like in a way that’s positive for everybody…Model masculinity that is about caring, respect and cooperation,” she advises.

Learn from evidence and research. End the myths that render women and all survivors eminently unbelievable and men as credible. Employers have a wide variety of resources available to consult such as the Handbook: Addressing Violence and Harassment against Women in the World of Work created by UN Women and the International Labour Organization and UN Women’s report: Towards an end to sexual harassment: The urgency and nature of change in the era of #MeToo.

Ensure prompt, appropriate responses to reports, and provide transparency in process and outcomes. “Require your employees to be able to see, address, and oppose sexual harassment and know that [perpetrators] will suffer adverse consequences for it,” advises Sen.

Ensure that the rights of survivors are clear, documented, and known.Stand with survivors and fully endorse their calls for a new order in the working world. Affirm: We hear you. We see you. We believe you.