I am Generation Equality: Subina Shrestha, journalist and filmmaker 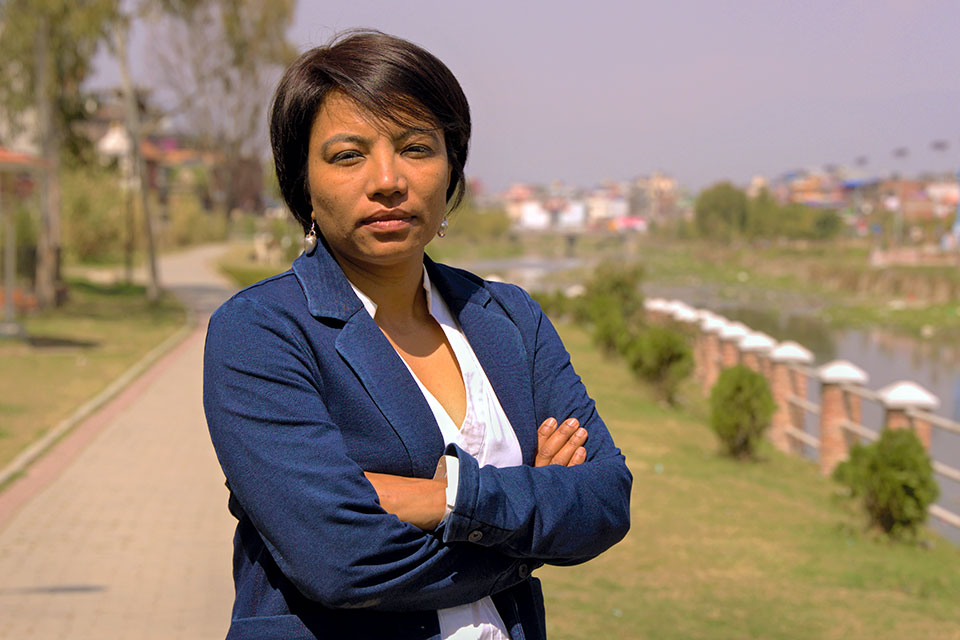 Three things you can do make this world gender-equal:

From a young age, I was exposed to the stories of women who had faced inequalities, discrimination, and prejudices. These stories made me challenge the society.

I believed that unless we, women, start telling the stories of women, nobody else would. And even if men did write our stories, they would present simplified and singular stories of women.

My documentary on ‘Nepal Slave Girls’ came about ensuing a protest by bonded labourers, called Kamlaris, because of the death of a 12- year old female bonded labourer.

A male journalist told me that the labourer had committed suicide because she wasn’t faring well in her school. I reached out to the teachers and got to know that she was among the top three students in her class. It made me realize that women and girls’ experiences are too often simplified [or dismissed].

That story led me to stand with those who only get to see the rough side of the world, just because their stories don't receive due attention.

Experience of women need to be told

As a storyteller, I have realized that women grow up carrying the burden of being women, of being told they are an inferior being. There is direct or indirect violence that always weighs heavily on women, which intersects with the challenges of being from a specific caste, ethnicity, or background.

“We only heal when we get to tell our stories.”

When women sit together, we talk about how we have gone through violence in different phases of our life. For women, it is a lifetime of carrying that experience, and we are still shut down or told off or gaslighted for the pain we carry.

Our stories become trivial because we are forced to believe that there are broader issues that need to be tackled.

We don't talk enough about our struggles and experiences. We only heal when we get to tell our stories.

Today’s youth is willing to raise their voice about the issues that my generation was not ready for.

This is the right time to start having conversations in our homes about gender roles and prejudices and challenge the patriarchal conditioning—that’s the only way to end gender biases that extend across generations.

Patriarchy is not about men or women, it is about the conditioning that has made us believe that men are superior, and women are inferior. To change this, parents need to raise young men who are able to stand up for gender equality and young women who can speak out and be who they are. It is not going to be comfortable when they break boundaries and norms, but that’s the only way to do it.

Subina Shrestha is an award-winning journalist and filmmaker from Nepal. Subina has steered major news coverage, often as the only international broadcast journalist on the scene; and told stories of people whose lives have been affected by natural and human-made disasters - from undercover reporting in Myanmar during cyclone Nargis, to investigating child slavery, and to covering Nepal’s earthquake and its aftermath.

Related News
12/02/2014
World Radio Day: Tune in for women’s empowerment
16/05/2013
“Sound mixing is as easy as cooking a curry”: Q&A with Bianca Miglioretto
01/06/2011
Nepal: Building Mutual Understanding Between Men and Women for Lives Free of Violence
22/06/2022
UN Women Reveals Concerning Regression in Attitudes Towards Gender Roles During Pandemic in New Study
11/03/2022
From where I stand: “Put indigenous women and our communities at the centre of climate action”
END_OF_DOCUMENT_TOKEN_TO_BE_REPLACED