Other (non-core) resources are earmarked voluntary contributions to UN Women for specific programmes, including Flagship Programmes and funding for the UN Trust Fund to End Violence against Women.

In 2020, UN Women received a total of USD 373 million in other (non-core) resources, representing 69 per cent of total resources. UN Women overall resources have more than doubled since its establishment, from USD 234.2 million in 2011 to USD 538.9 million in 2020, this has mainly been influenced by the growth in other resources. 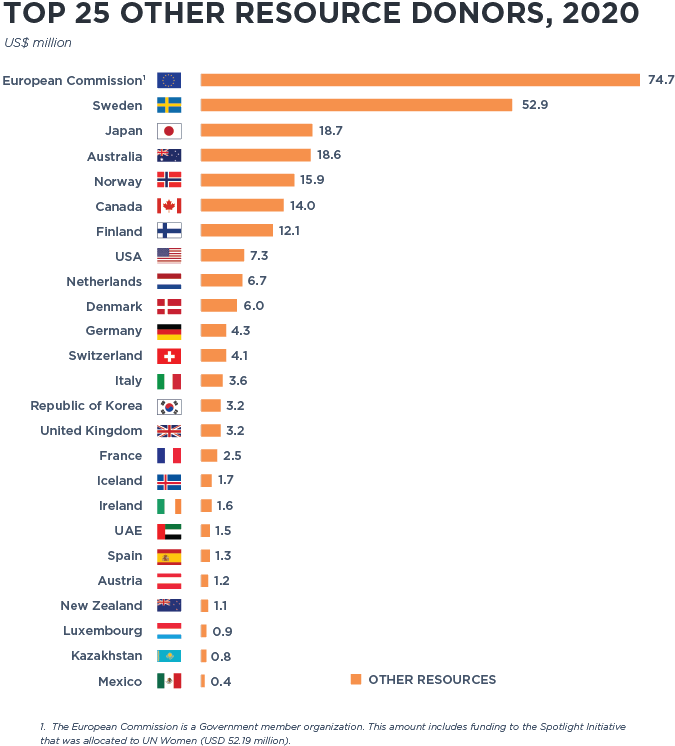