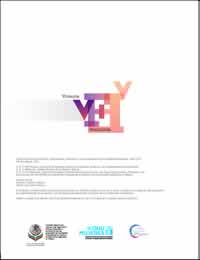 Violence and Femicide in Mexico: Characteristics, trends and new expressions in the states of Mexico. 1985-2010

General Recommendation 19 of the Convention on the Elimination of All Forms of Discrimination against Women (CEDAW), explicitly specifies that “States parties should encourage the compilation of statistics and research on the extent, causes and effects of violence, and on the effectiveness of measures to prevent and deal with violence”; by virtue of which, one aspect of the work of UN Women consists of supporting the creation of knowledge based on empirical evidence, permitting greater support of public policy.

The aim of this study is to give a broader view in the context of violence and femicide, and to analyse the trends in Mexico. It gives an account of the different ways they affect the integrity, freedom, health and life of women, of which there is statistical evidence, from violence perpetrated by the partner, which occurs in the home and in the community, to institutional violence, homicide and femicide.

This study is made up of a national analysis, together with 32 volumes corresponding to each state, and it gives continuity to the efforts made by the Comisión Especial para Conocer y dar Seguimiento Puntual y Exhaustivo a las Acciones que han Emprendido las Autoridades Competentes en Relación a Los Feminicidios Registrados en México (Special Commission to Address and Follow up Actions Undertaken by the Competent Authorities in Relation to Femicides Registered in Mexico) of the LXI Legislature, in collaboration with UN Women and the National Women’s Institute, in order to study the phenomenon of femicide in Mexico. The paper was published in 2011 with the title, “Feminicidio en México: Aproximación, Tendencias y Cambios 1985-2009.”

The aim of this study is to give a broader view in the context of violence and femicide in Mexico, and to analyse the tendencies based on official statistical data on violence perpetrated by the partner, family violence and violence in the community, as well as institutional violence, homicide and femicide.