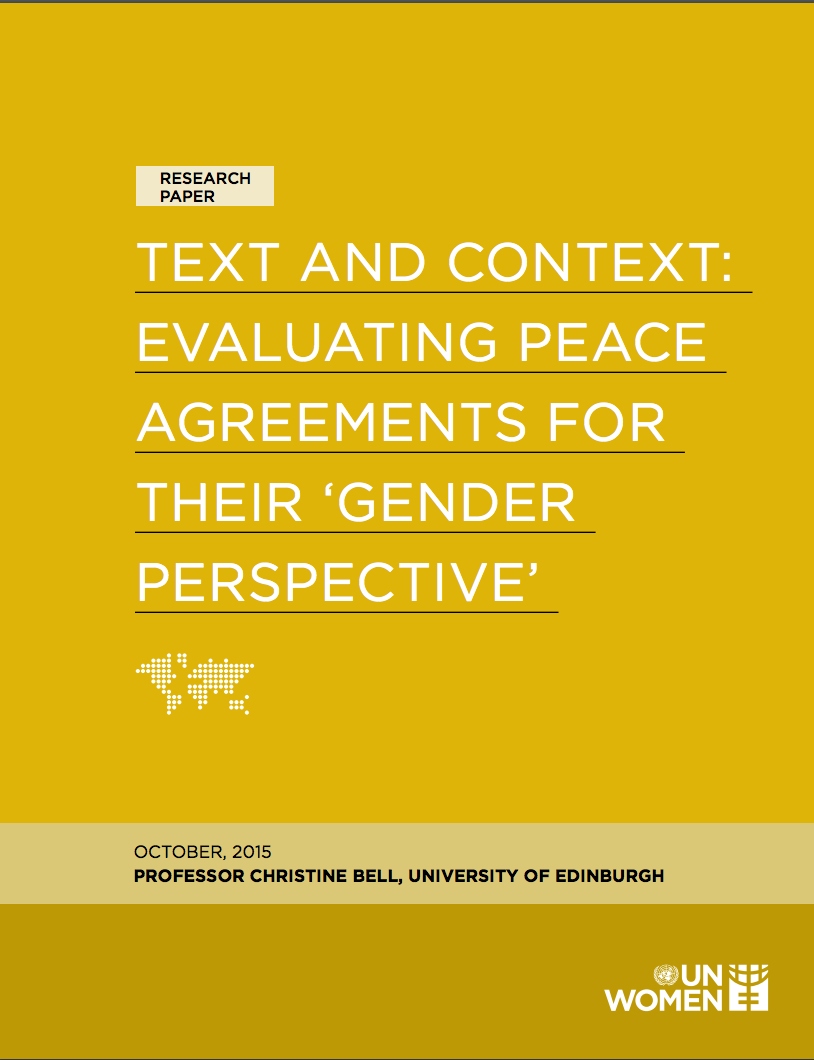 Text and context: Evaluating peace agreements for their 'gender perspective'

This report examines what ‘a gender perspective’ in peace agreements might mean, suggesting that the term has not been fully enough considered. In addition, it also produces data on when women have been specifically mentioned in peace agreement, between 1 January 1990 and 1 January 2015. The data summary shows that peace agreement references to women have increased over time, apparently partly under the influence of UN Security Council resolutions on women, peace and security with overall 18 per cent of peace agreements referencing ‘women’.

The increases have been greater in processes in which the UN was a signatory or declaratory to the peace agreements. Only very few agreements which reference women provide evidence of a robust ‘gender perspective’ having been adopted. Often agreements with the most ‘holistic’ references to women are often highly internationalized agreements in which there is little real ‘agreement’ between the parties to the conflict, and where as a result there is a chronic implementation failure, both of the agreement and of its women provisions Nonetheless some examples of good practice do exist. References to substantive measures on equality for women and sexual violence have improved over time, from general references to equality towards firmer commitments to participation, to quotas and to addressing violence against women.

New insights on women, peace and security for the next decade

30 November 2020
New insights on women, peace and security for the next decade