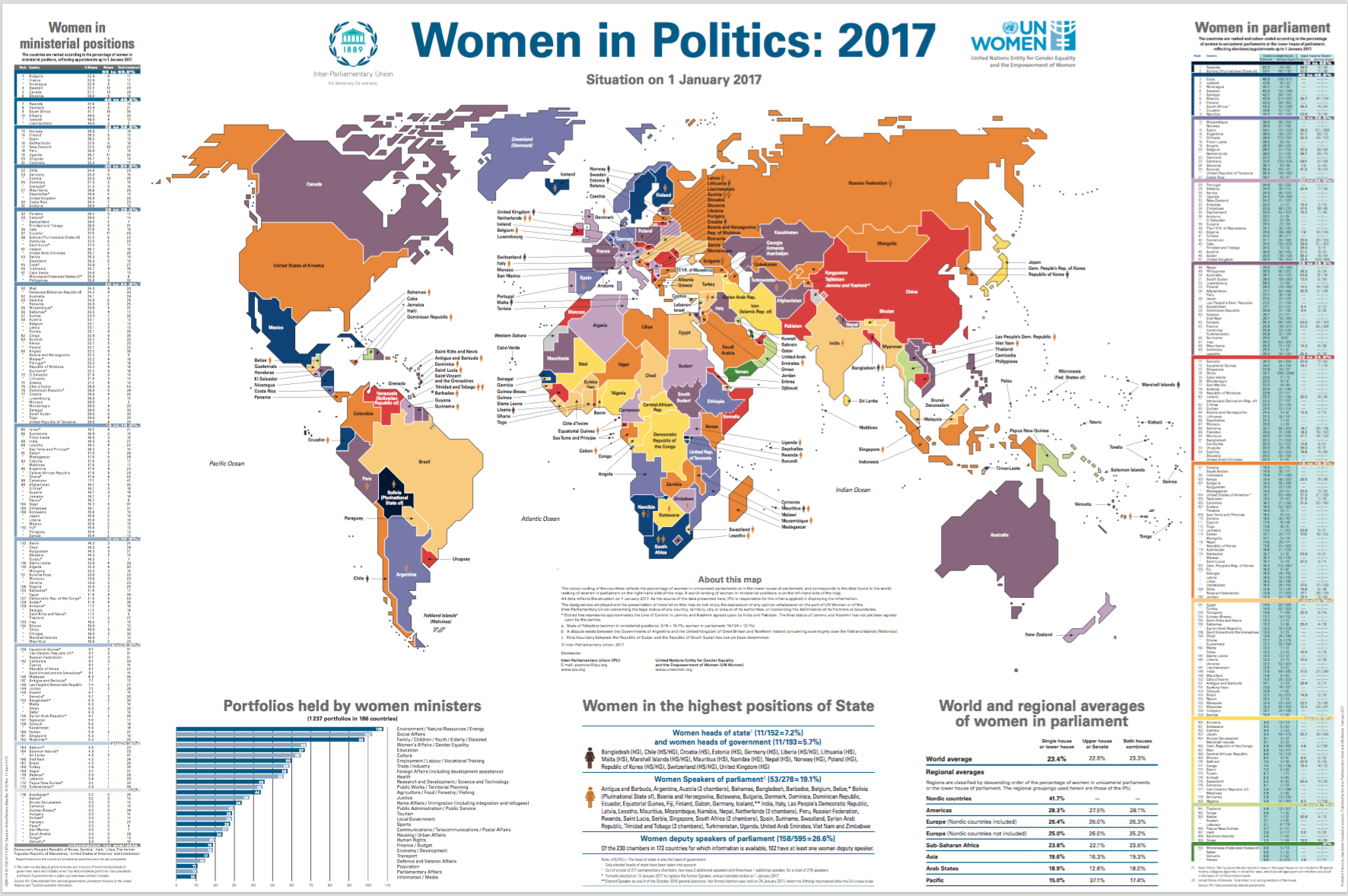 The women in politics 2017 map, created by the Inter-Parliamentary Union (IPU) and UN Women, depicts global rankings for women in the executive and parliamentary branches of government as of 1 January 2017. The map shows slow progress towards gender equality in these areas at regional and national levels.

Women’s political empowerment and equal access to leadership positions at all levels are fundamental to achieving the Sustainable Development Goals (SDGs) and a more equal world. With limited growth in women’s representation, advancement of gender equality and the success of the SDGs are jeopardized.

Government responses to COVID-19: Lessons on gender equality for a world in turmoil

22 June 2022
Government responses to COVID-19: Lessons on gender equality for a world in turmoil