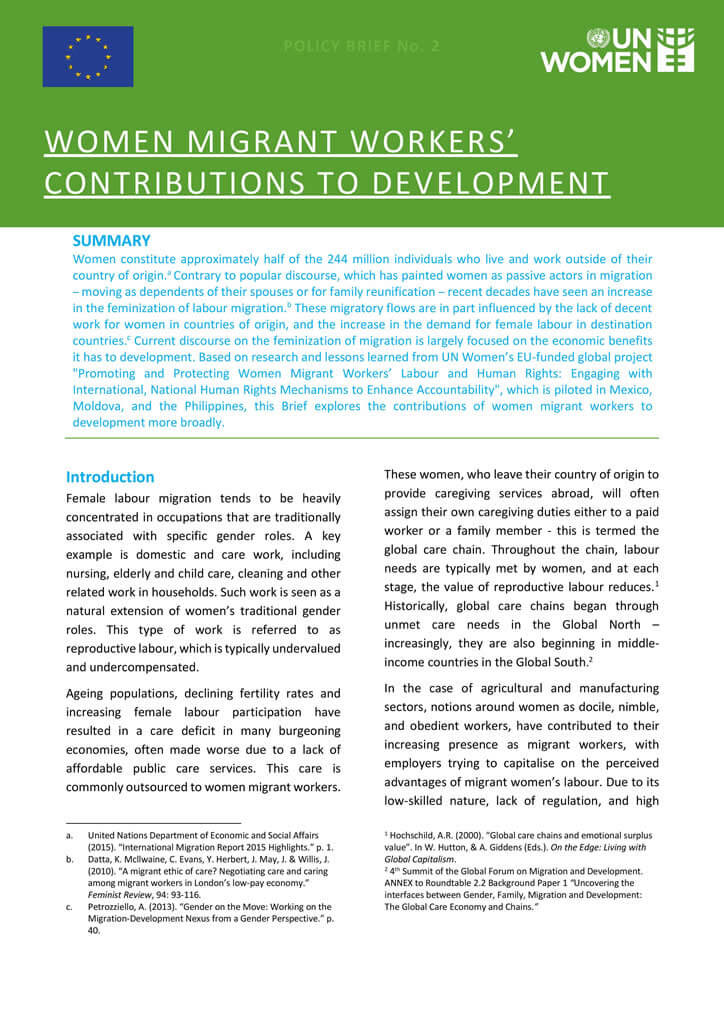 Women constitute approximately half of the 244 million individuals who live and work outside of their country of origin. Contrary to popular discourse, which has painted women as passive actors in migration—moving as dependents of their spouses or for family reunification—recent decades have seen an increase in the feminization of labour migration. These migratory flows are in part influenced by the lack of decent work for women in countries of origin, and the increase in the demand for female labour in destination countries. Current discourse on the feminization of migration is largely focused on the economic benefits it has for development.

Based on research and lessons learned from UN Women’s EU-funded global project “Promoting and protecting women migrant workers’ labour and human rights: Engaging with international, national human rights mechanisms to enhance accountability”, which is piloted in Mexico, Moldova, and the Philippines, this Brief explores the contributions of women migrant workers to development more broadly.