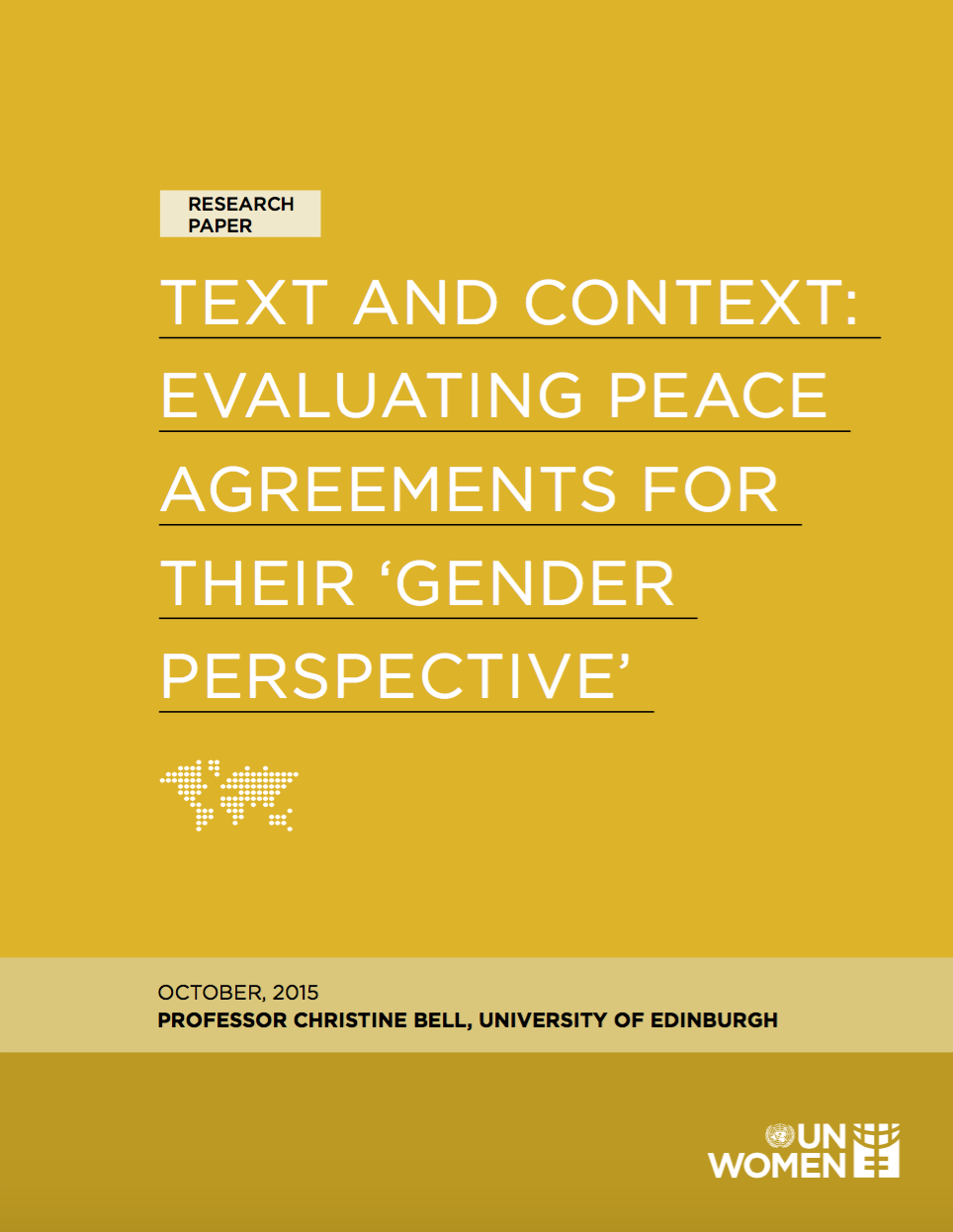 Text and context: Evaluating peace agreements for their 'gender perspective'

Peace agreements are therefore important documents with significant capacity to affect women’s lives. However, a range of obstacles for women seeking to influence their design and implementation persists. These include difficulties with accessing talks, achieving equal influence at talks, raising issues of concern for women, and achieving material gains for women as an outcome of the peace process.

25 May 2021
Women’s meaningful participation in peace processes: Modalities and strategies across tracks