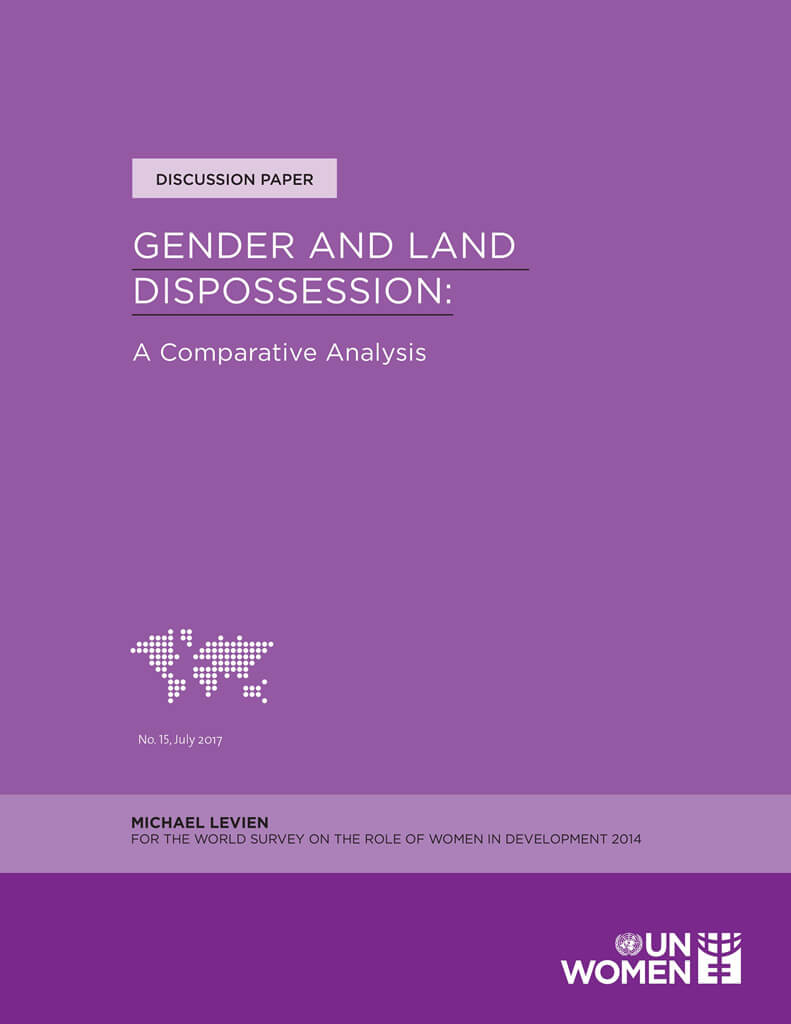 This paper seeks to advance our understanding of the gendered implications of rural land dispossession. It does so through a comparative analysis of five cases of dispossession that were driven by different economic purposes in diverse agrarian contexts: the English enclosures; colonial and post-colonial rice irrigation projects in the Gambia; large dams in India; oil palm cultivation in Indonesia; and Special Economic Zones in India.

The paper identifies some of the common gendered effects of land dispossession, showing in each case how this reproduced women’s lack of independent land rights or reversed them where they existed, intensified household reproductive work and occurred without meaningful consultation with—much less decision-making by—rural women. The paper also demonstrates ways in which the gendered consequences of land dispossession vary across forms of dispossession and agrarian milieu. The most important dimension of this variation is the effect of land loss on the gendered division of labour, which is often deleterious but varies qualitatively across the cases examined. In addition, the paper illustrates further variations within dispossessed populations as gender intersects with class, caste and other inequalities.

This paper was produced for UN Women’s flagship report, World Survey on the Role of Women in Development 2014: Gender and Sustainable Development. It is now also released as part of the UN Women discussion paper series.