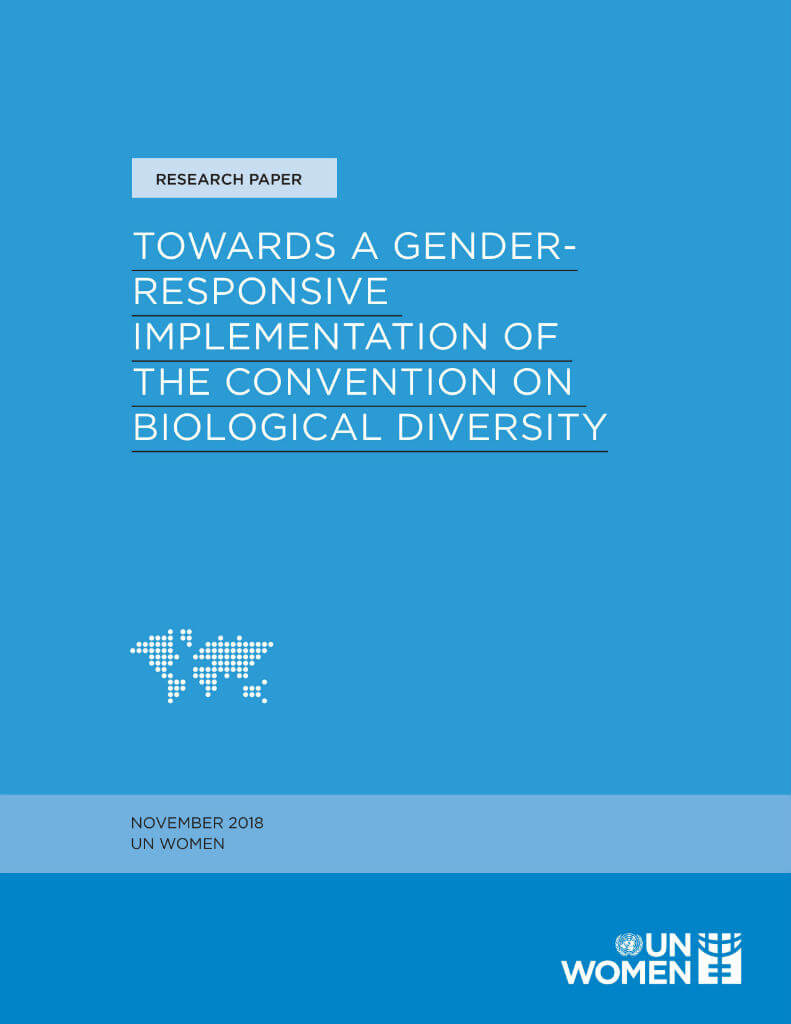 Towards a gender-responsive implementation of the Convention on Biological Diversity

Biological diversity, or biodiversity, is the term given to the variety of life on earth and the natural patterns it forms. Biodiversity sustains lives, but it is in danger: 28 per cent of species evaluated by International Union for Conservation of Nature in 2018 are either critically endangered, endangered or vulnerable. Ecosystems are being fragmented or eliminated, and many species are in decline or already extinct. These trends have serious implications for the well-being of human beings who are dependent on their environment for basic needs, including for food crops, medicines, and other biological resources.

Because of pervasive gender inequalities, women are differentially impacted by biodiversity degradation and loss. Hence, addressing the existing gender inequalities that restrict women’s rights and access to and control over biodiversity and natural resources is essential for a gender-responsive implementation of the Convention on Biological Diversity (CBD).

This paper first sets the context by presenting the gender dimensions of biodiversity conservation and the global norms on gender equality and natural resource management. It then outlines key mandates for the integration of a gender perspective in biodiversity conservation and identifies main entry points for strengthening gender considerations in decisions of the Parties to the CBD and in the implementation of the Convention, as well as in the future work of the Parties and other stakeholders. Gender-responsive practices contributing to biodiversity conservation at the local and country level are then presented to highlight promising examples and lessons. The paper concludes with recommendations for action directed at specific stakeholders.

Making women and girls visible: Gender data gaps and why they matter

18 December 2018
Making women and girls visible: Gender data gaps and why they matter