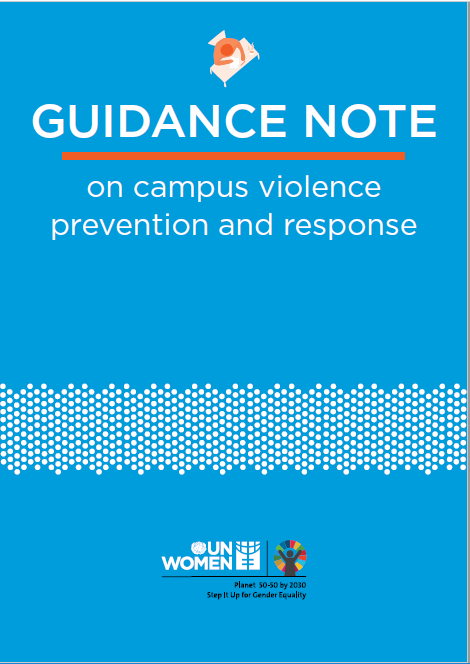 UN Women is committed to working with universities and other partners to end violence against women and promote gender equality on and around university campuses around the globe. Research and anecdotal evidence indicate that violence against women is a severe problem at universities globally, for example a national survey showed that 51 per cent of students in Australia faced sexual harassment at least once in 2016 and 6.9 per cent of students faced sexual assault at least once in 2015 or 2016. In Egypt, 70 per cent of women at Cairo University experienced sexual harassment in 2015. Experts believe that most incidents go unreported.

The note is intended to support universities and university administrators, UN staff working with universities in this area, civil society partners, students and other relevant stakeholders—particularly in middle- and low-income countries where there are few resources for addressing violence against women. Universities should adopt targeted measures to address the needs of specific groups, including those most vulnerable and at risk (e.g. students with disabilities, migrants, and those from ethnic minorities, lesbian, gay, bi-sexual, transgender, intersex, and queer (LGBTIQ) individuals). Universities should adopt an intersectional approach to addressing violence against women on campuses and understand how sex, race, religion, and sexual orientation, among other characteristics, intersect to exacerbate students’ risk of such violence.

The guidance note is based on key pricinples of a comprehensive, survivor-centered "do no harm", human-rights based approach including perpetrator accountability. To address violence against women on university campuses the guidance note provides a "10 essentials" list of actions to create an enabling institutional environment, with access to services and a focus on prevention.

A new era for girls: Taking stock on 25 years of progress for girls

1 March 2020
A new era for girls: Taking stock on 25 years of progress for girls

Gender and age-responsive social protection: The potential of cash transfers to advance adolescent rights and capabilities