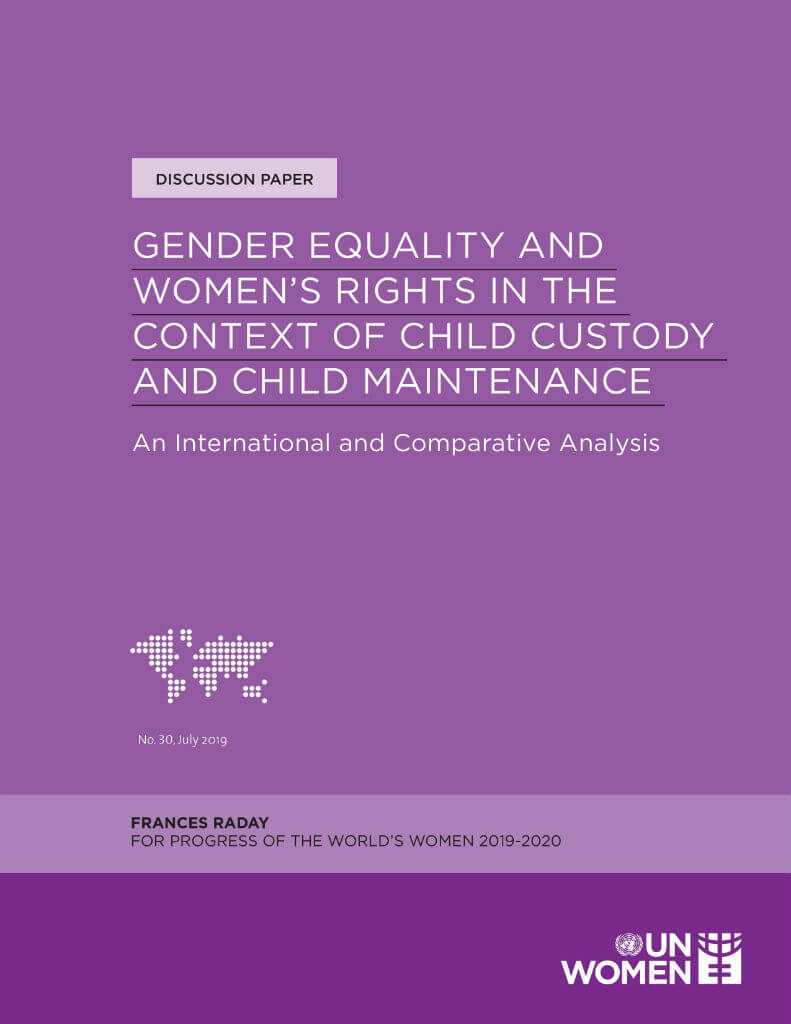 Gender equality and women’s rights in the context of child custody and child maintenance: An international and comparative analysis

The division of care and responsibility for children, including financial care, is usually determined by the family law of the State. This study identifies some of the most prevalent custody and child maintenance regimes in cases of divorce, dissolution of a civil union, and separation of parents. It examines the various regimes with particular emphasis on their impact on gender equality and women’s rights.

Until the 19th century, a male prerogative over guardianship and legal custody of children was the norm in Roman law and in secular systems. The male prerogative has been rescinded in secular law systems, in accordance with the international human rights law requirement of the elimination of discrimination against women in the family. However, it has been retained in patriarchal religious and customary systems, which are endorsed by those States that maintain theocratic, religious-based or plural legal systems.

Three overarching issues relating to custody may negatively impact women’s rights: domestic violence, the ongoing danger of which is often neglected in custody or visitation awards; the weaker bargaining position of women in the family as a result of patriarchal legal, cultural or economic contexts, which will disadvantage them in cases where the custody is subject to negotiation; and interpretation of the best interest of the child in a gender-biased way.

This paper was produced for UN Women’s flagship report, “Progress of the world’s women 2019–2020”, and released as part of the UN Women discussion paper series.

Public guarantee of child support: A key policy for improving the economic well-being of lone-mother families

Universal basic income: Potential and limitations from a gender perspective

8 April 2020
Welcome to Equiterra, where gender equality is real