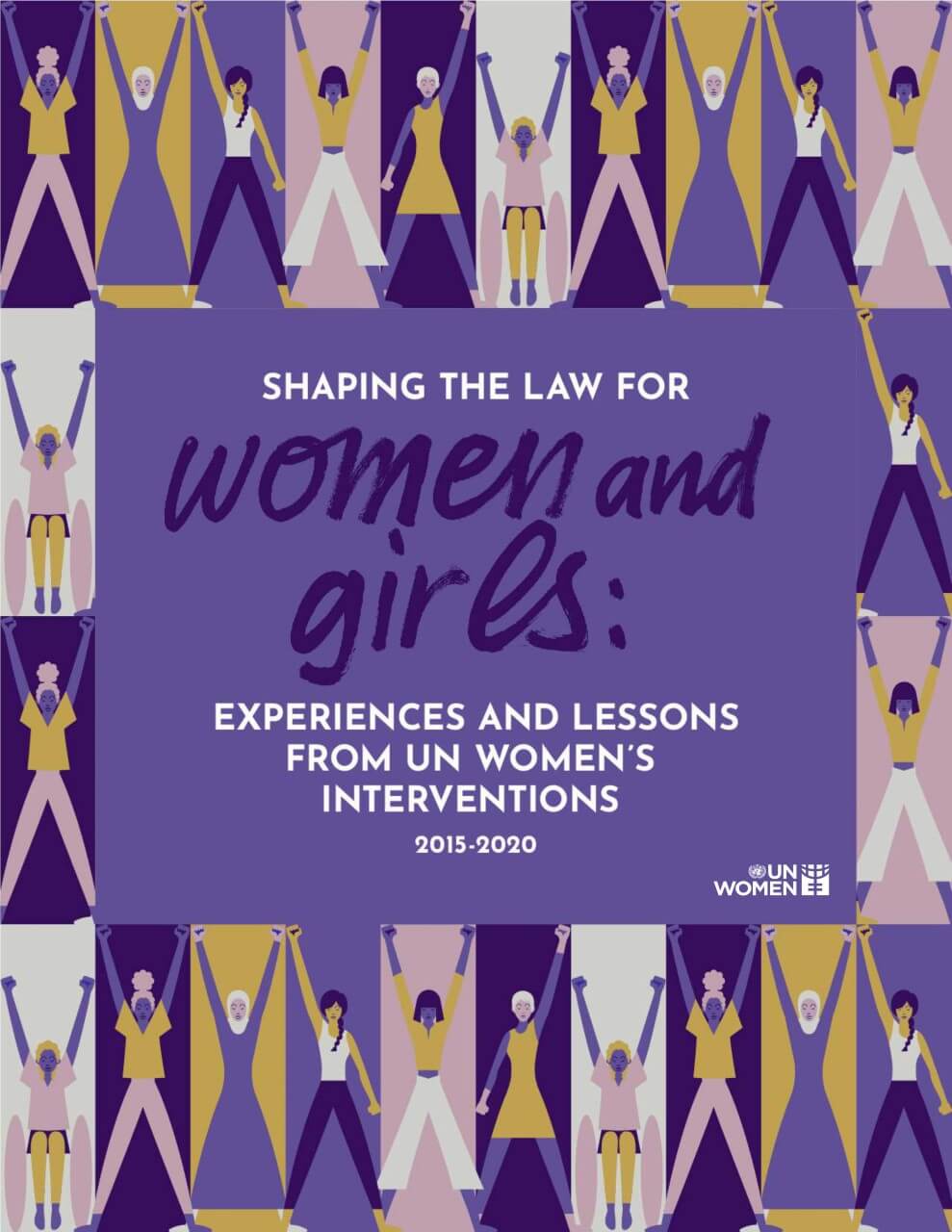 Laws that discriminate against women and girls entrench gender inequality and are a major barrier to the realization of women’s human rights. The most recent data available points to an estimated 3.7 billion women and girls currently living in countries where discriminatory laws are in place or key protections are lacking.

Important advances have been made in reforming constitutions and laws, yet gaps remain. While 192 constitutions guarantee equality and non-discrimination, 12 constitutions do not apply this guarantee in matters of adoption, marriage, divorce, and inheritance. In many countries legal protections have been put in place to secure gender equality in the workplace.

Major gaps persist in several fields such as in equality in parenthood as well as in efforts to address child marriage. Contrary to international commitments, the legal standard currently falls short of 18 years of age without exception for both men and women in 146 countries in 2021. More than 30 countries still lack laws prohibiting domestic violence, and an estimated 18 countries exempt perpetrators from prosecution from rape if they marry the survivor.

On the tenth anniversary of UN Women’s establishment, this report brings together research and evidence from state and non-state actors to demonstrate how laws around the world treat women and girls, using trends since 2015 which highlight both gains and ongoing challenges. The report also shares UN Women’s best practices and lessons learned in legal reforms with stakeholders within and outside the UN system, through diverse examples of interventions.

United Nations Entity for Gender Equality and the Empowerment of Women (UN Women)
Access to justice and legal protection Anti-violence interventions Child marriage Convention on the Elimination of All Forms of Discrimination against Women (CEDAW) Ending violence against women and girls Human rights Laws, legislation Rights in marriage Women’s rights

1 May 2013
Breaking the Silence on Violence against Indigenous Girls, Adolescents and Young Women

Gender-related killings of women and girls: Improving data to improve responses to femicide/feminicide