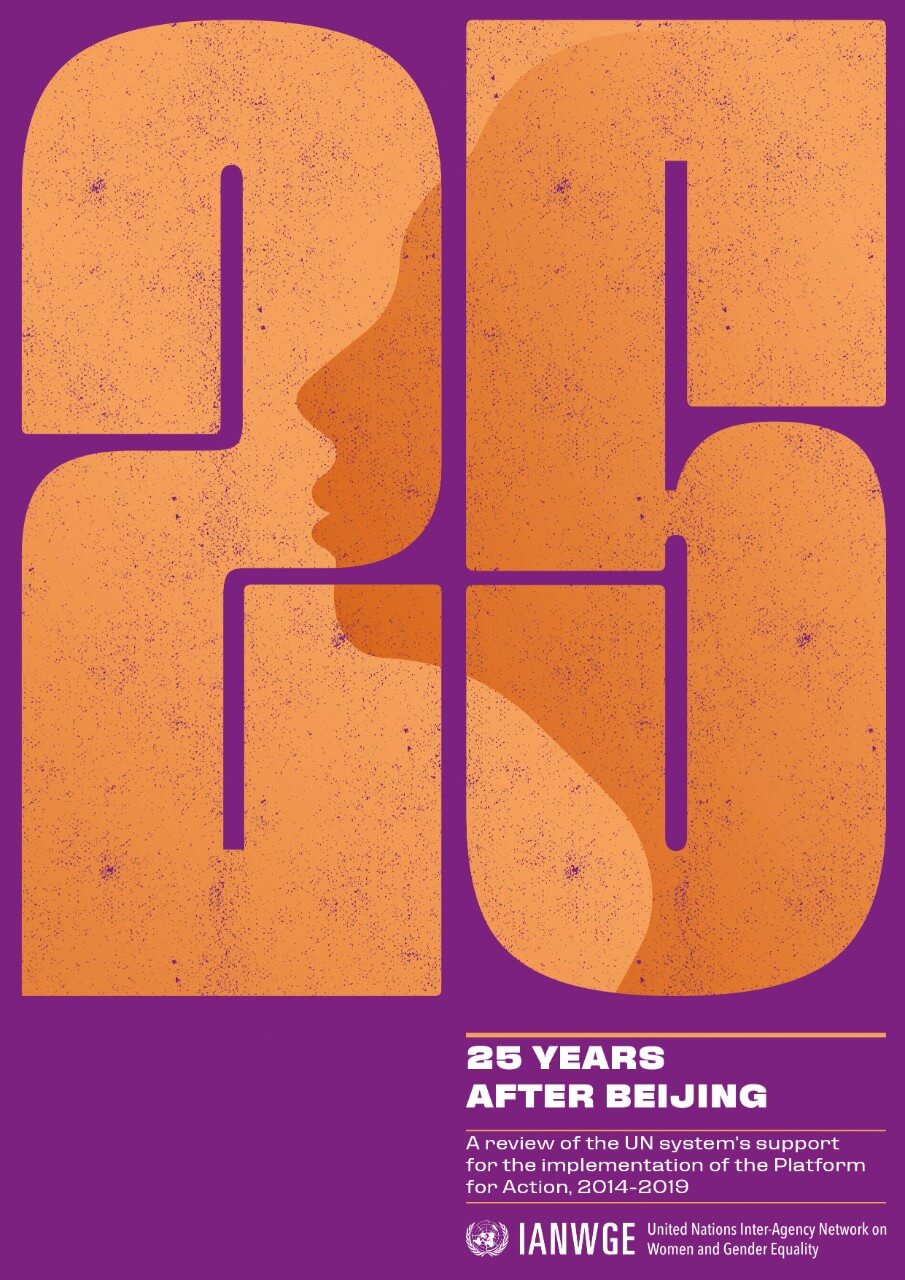 25 years after Beijing: A review of the UN system’s support for the implementation of the Platform for Action, 2014–2019

To commemorate the 25th anniversary of the Fourth World Conference on Women, the United Nations Inter-Agency Network on Women and Gender Equality (IANWGE) has, for the first time, conducted a review of the UN system’s support for implementation of the Beijing Platform for Action and the 2030 Agenda for Sustainable Development. The report showcases key actions systematically undertaken by 51 UN entities in support of the achievement of gender equality and the empowerment of women and girls, identifies entities’ priority areas for the next five years, and provides recommendations for the way forward.

Among its findings, the report reveals that the UN system’s highest levels of engagement during the reporting period were in the elimination of violence against women and girls, the transformation of discriminatory norms, the improvement of access to quality education, and the expansion of women’s political participation and women’s entrepreneurship. The report also reveals that greater attention and investment in areas such as gender-responsive budgeting, financial and digital inclusion of women, gender-responsive disaster risk reduction, and basic services and infrastructure are still greatly needed.

Feminist perspectives on the 2030 Agenda in Ecuador: Selective engagement, inclusions and omissions

26 March 2020
Feminist perspectives on the 2030 Agenda in Ecuador: Selective engagement, inclusions and omissions