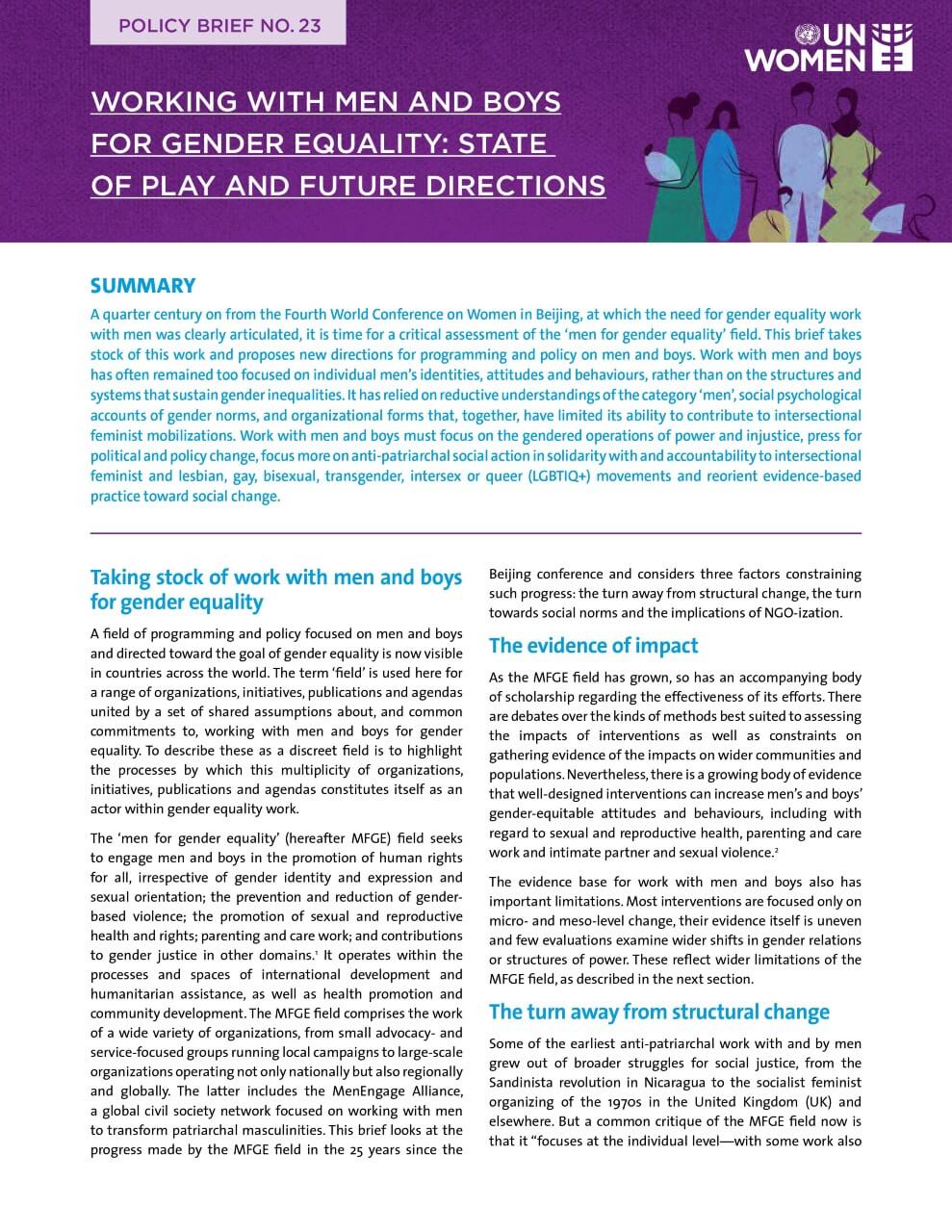 Working with men and boys for gender equality: State of play and future directions

This policy brief takes stock of this work and proposes new directions for programming and policy on men and boys.

Work with men and boys has often remained too focused on individual men’s identities, attitudes and behaviours, rather than on the structures and systems that sustain gender inequalities. It has relied on reductive understandings of the category “men”, social psychological accounts of gender norms, and organizational forms that, together, have limited its ability to contribute to intersectional feminist mobilizations.

Work with men and boys must focus on the gendered operations of power and injustice, press for political and policy change, focus more on anti-patriarchal social action in solidarity with and accountability to intersectional feminist and lesbian, gay, bisexual, transgender, intersex or queer (LGBTIQ+) movements, and reorient evidence-based practice toward social change.

Are you ready for change? Gender equality attitudes study 2019