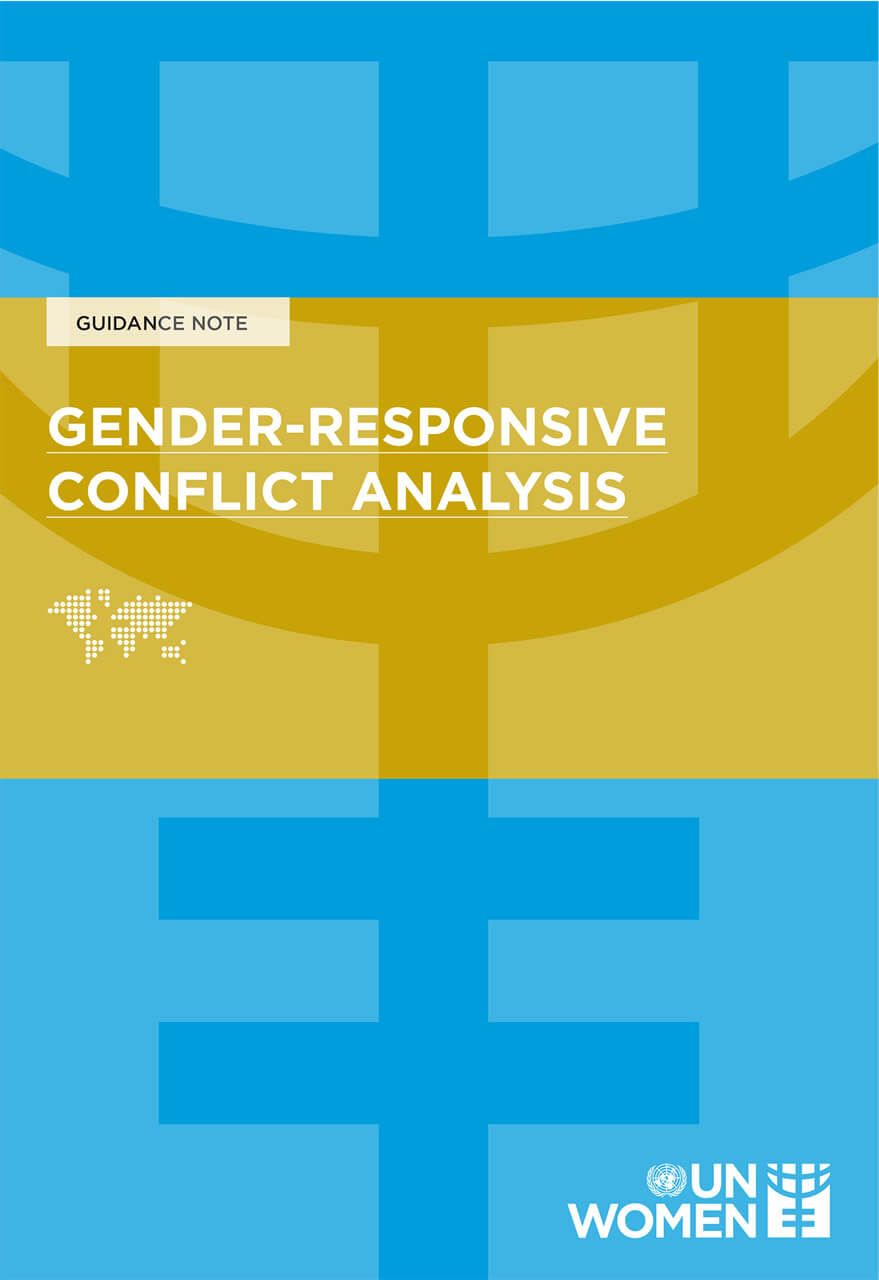 Most conflict and political analyses exclude the specific status, needs, and experiences of women, men, girls, boys, and sexual and gender minorities. A gender-responsive conflict analysis explores—with a gender lens—systems of power, institutions, and stakeholders, and root causes, triggers, and drivers of conflict and peace. This type of analysis recognizes that gender power relations and the enforcement of patriarchal power over women, men, children, and sexual and gender minorities is political.

Initially developed for Afghanistan, this guidance note has global applicability. It provides recommendations on how to apply a gender lens in political and conflict analysis in a way that allows the integration of gender as a variable of power across social, political, and economic analysis of conflict as opposed to addressing issues specific to women and girls in siloed analysis. This approach reveals the critical links between gender dynamics of conflict and peacebuilding.

Conflicting identities: The nexus between masculinities, femininities and violent extremism in Asia

31 March 2020
Conflicting identities: The nexus between masculinities, femininities and violent extremism in Asia

Gender alert I: Women’s rights in Afghanistan: Where are we now?