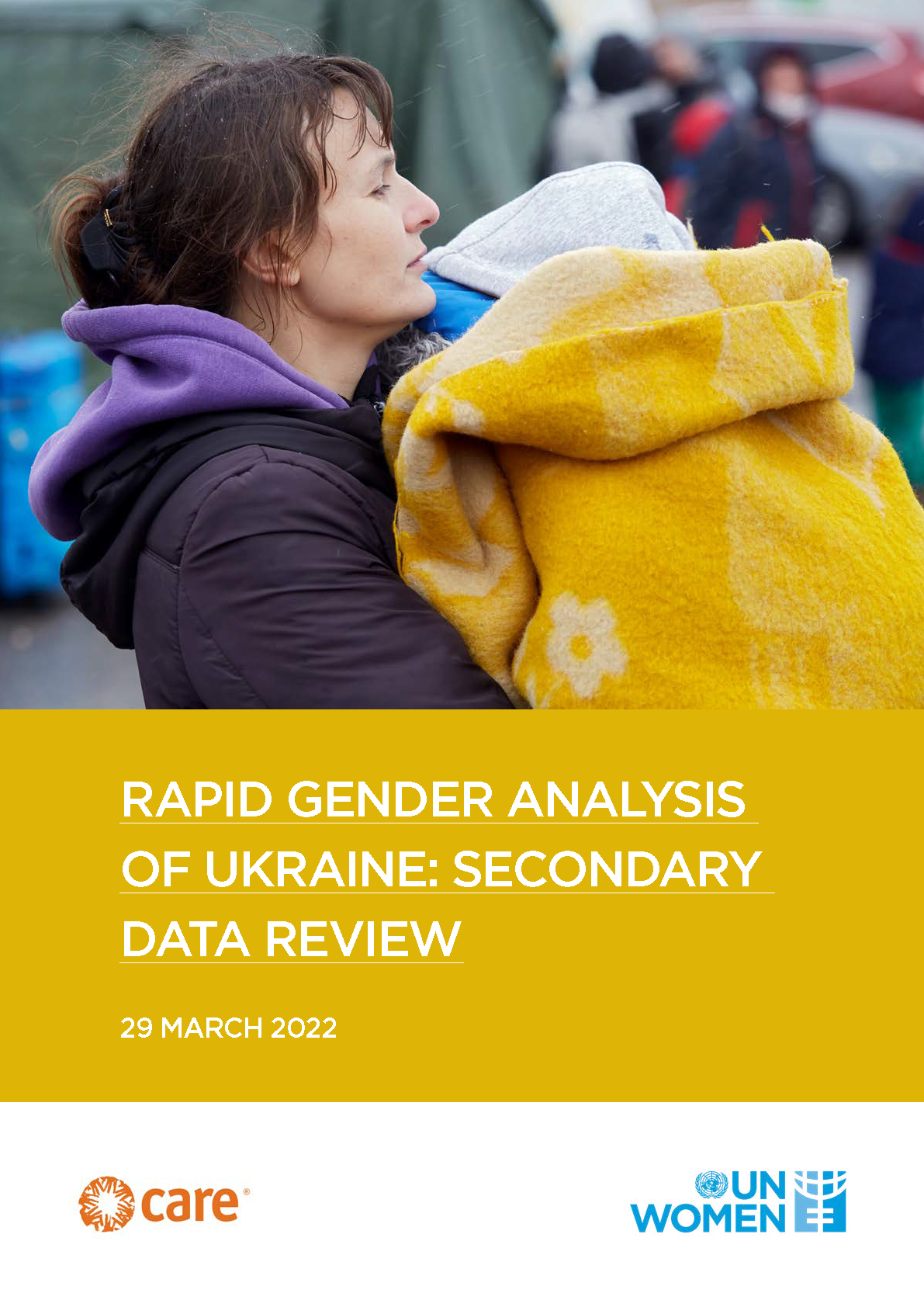 Since 24 February 2022, and the invasion of the sovereign territory of Ukraine, there have been devastating effects in the country, including massive civilian displacement and casualties. The Rapid gender analysis (RGA) seeks to draw attention to the gender dynamics in the war in Ukraine—both preexisting and emerging—and draws out recommendations for humanitarian leadership, actors and donors to ensure consideration of the gendered dimensions of risk, vulnerability and capabilities in response and preparedness to this crisis. This RGA is based on secondary data resources—both pre-crisis information as well as information that has been released after 24 February.

Resources comprise English, Ukrainian and Russian language sources across humanitarian information resources and media as well as information obtained through anecdotal discussions with UN Women partners. The secondary data review was conducted between 14 and 22 March 2022.

This RGA builds upon the RGA Ukraine Brief developed by CARE International during the first week of the crisis and will be followed by another publication that will include an analysis of both primary and secondary data.

4 May 2022
Rapid Gender Analysis of Ukraine

Gender alert I: Women’s rights in Afghanistan: Where are we now?