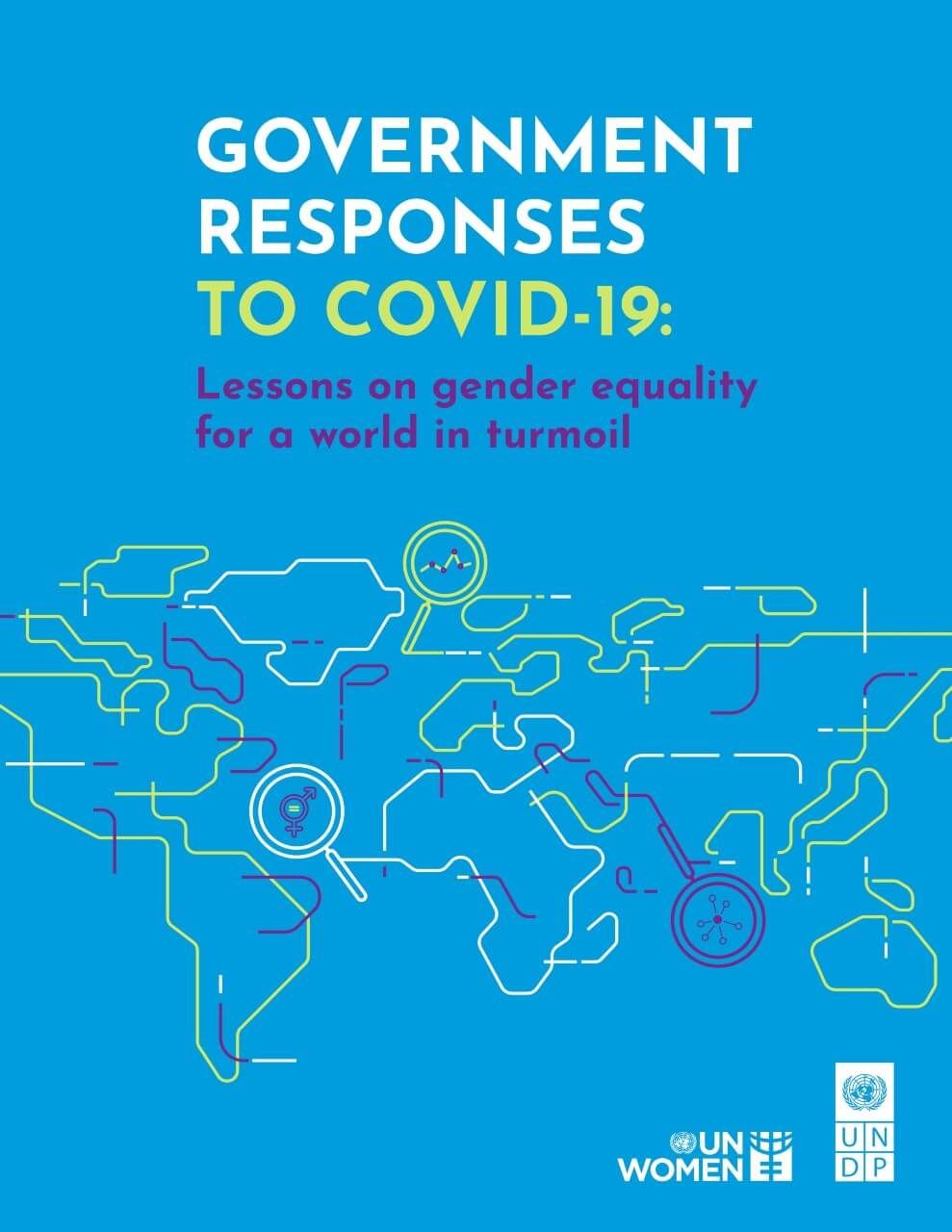 Government responses to COVID-19: Lessons on gender equality for a world in turmoil

The overlapping impacts of the COVID-19 pandemic, accelerating climate disasters, and geopolitical conflict are a threat to gender equality and women’s rights across the globe. This report from UN Women and UNDP shows what governments can do now to prevent further rollbacks and recover lost ground, while enhancing resilience and preparedness for future shocks.

Drawing on a unique global dataset of close to 5,000 measures adopted by 226 countries and territories in response to COVID-19, the report finds that, overall, government responses paid insufficient attention to gender dynamics. At the same time, instances of innovation and learning hold important lessons for gender-responsive policymaking in times of crisis.

For the first time, the report provides analysis on the factors that led to a strong gender response, generating key lessons for governments:

Access the key issues and facts on regional governments’ gender response to the pandemic and lessons for the future:

The COVID-19 Global Gender Response Tracker monitors responses taken by governments worldwide to tackle the pandemic, and highlights those that have integrated a gender lens. It captures two types of government responses: women’s participation in COVID-19 task forces and national policy measures taken by governments. It analyses which of the policy measures address women’s economic and social security, including unpaid care work, the labour market, and violence against women. The tracker can provide guidance for policymakers and evidence for advocates to ensure a gender-sensitive COVID-19 policy response. Access the tracker. Learn about the methodology.

Plan for Equal: Gender equality, social justice, and sustainability in the wake of COVID-19

2 March 2021
Plan for Equal: Gender equality, social justice, and sustainability in the wake of COVID-19