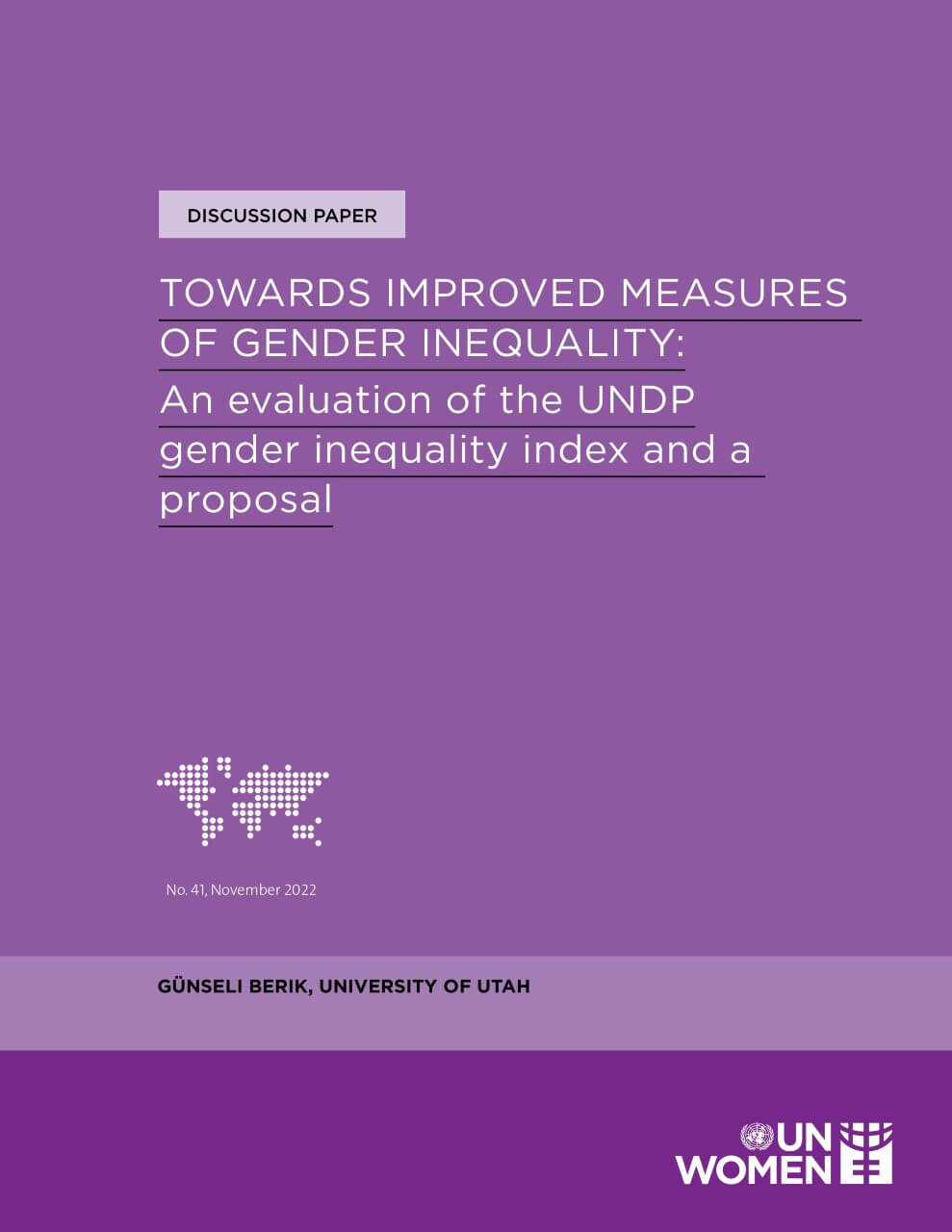 Towards improved measures of gender inequality: An evaluation of the United Nations Development Programme’s Gender Inequality Index and a proposal

The proposal builds on a review of concepts of gender equality in the capability approach that underpins UNDP’s human development paradigm and the international policy frameworks of the Convention on the Elimination of All Forms of Discrimination against Women, the Beijing Platform for Action, and the 2030 Agenda for Sustainable Development. It also implements current proposals for reform, which emphasize measuring gender inequality in capabilities (rather than institutional inputs or resources that enable or constrain these capabilities) and measuring gaps in achievements between women and men and the level of women’s potential for empowerment by different indexes.

Evaluating the options for measurement, the paper identifies several Sustainable Development Goal indicators and novel data as potentially useful in translating the selected capabilities into new indexes. The first index, the GGPI, is a relative measure of well-being, which encompasses the dimensions of health, education, decent standard of living and decision-making. The second, the WEI, focuses solely on women and measures freedom from early motherhood, reproductive choice, and freedom from intimate partner violence as well as women’s capabilities to seek education, pursue science, technology, engineering, and math degrees, have voice in national and local governing bodies, and hold economic leadership positions.

This paper is part of the “UN Women discussion paper series”.

Beyond vulnerability to gender equality and women’s empowerment and leadership in disaster risk reduction: Critical actions for the United Nations system

Secretary-General’s report and resolution summary: How to improve the representation of women at the United Nations