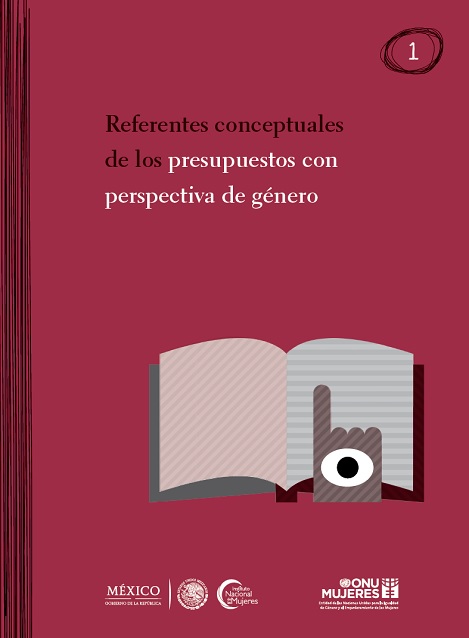 Mexico's National Women's Institute (INMUJERES) and UN Women jointly implement the project "Institutionalization and mainstreaming of a gender perspective in public budgets in Mexico at state and municipal levels". The project involves collaboration with states and municipalities to incorporate a gender perspective in their processes of planning, budgeting, implementation, monitoring and evaluation of public programmes, so as to achieve equality of outcomes between women and men.

"Conceptual references for gender-responsive budgeting" is an introductory material and a first approach to the main concepts of gender and public budgets. The publication explains in a clear and friendly way the basic concepts such as gender, sex, public budget, gender equality, gender-responsive budgets. It also exposes the  regulatory framework and the lines of action at the federal level in Mexico.

Gender-responsive budgeting is a key public policy instrument to advance substantive equality between women and men. It is also an indicator of government commitment to women's rights and gender equality at the three levels of government: federal, state and municipal; and one of the most effective ways to accelerate progress towards more equal societies with higher levels of well-being.

Towards a logical framework methodology with a gender perspective

International experiences in elaborating public budgets with a gender perspective