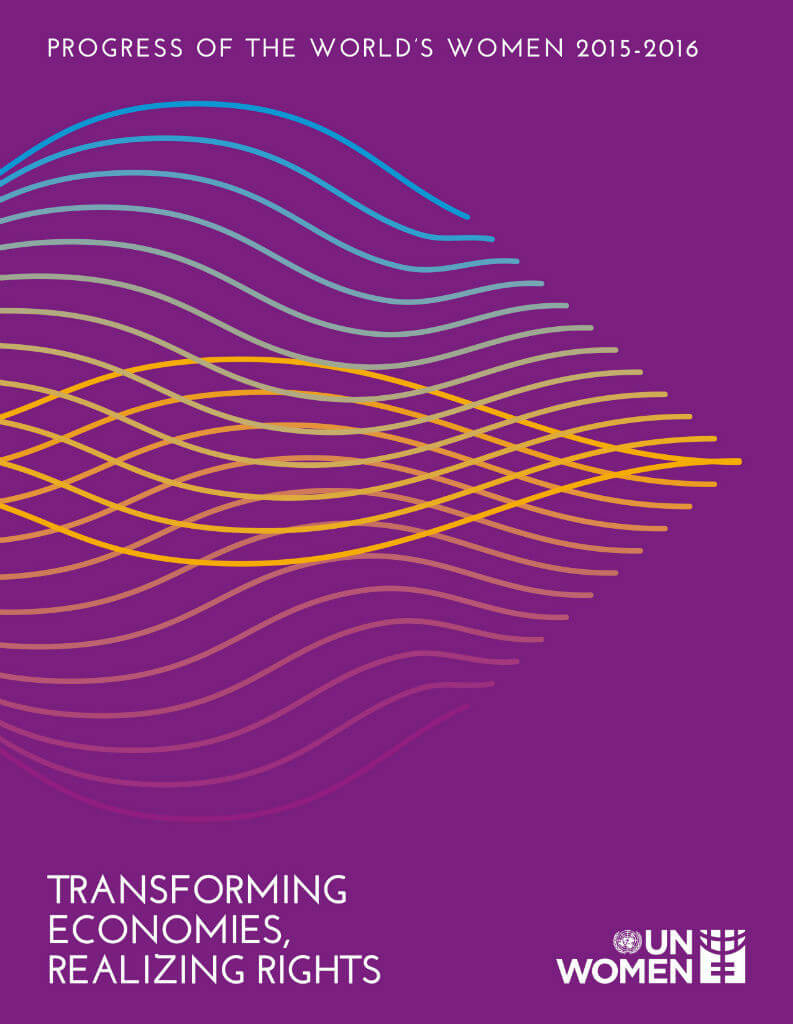 “Progress of the world’s women 2015–2016: Transforming economies, realizing rights”, UN Women’s flagship report, shows that, all too often, women’s economic and social rights are held back, because they are forced to fit into a ‘man’s world’. But, it is possible to move beyond the status quo, to picture a world where economies are built with women’s rights at their heart.

It is being published as the international community comes together to define a transformative post-2015 development agenda, and coincides with the 20th anniversary commemoration of the landmark Fourth World Conference on Women in Beijing, China which set out a comprehensive agenda to advance gender equality.

Since Beijing, significant progress has been made, particularly in advancing women’s legal rights. However, as the report shows, in an era of unprecedented global wealth, millions of women are trapped in low paid, poor quality jobs, denied even basic levels of health care, and water and sanitation. Women still carry the burden of unpaid care work, which austerity policies and cut-backs have only intensified. To build fairer, more sustainable economies which work for women and men, more of the same will not do.

“Progress of the World’s Women 2015–2016” brings together human rights and economic policymaking, and provides the key elements for a far-reaching new policy agenda that can transform economies and make women’s rights a reality. Through solid in-depth analysis and data, this evidence-based report provides key recommendations on moving towards an economy that truly works for women, for the benefit of all.

Reflections on change: Meta-analysis of evaluations managed by UN Women in 2017

1 September 2018
Reflections on change: Meta-analysis of evaluations managed by UN Women in 2017