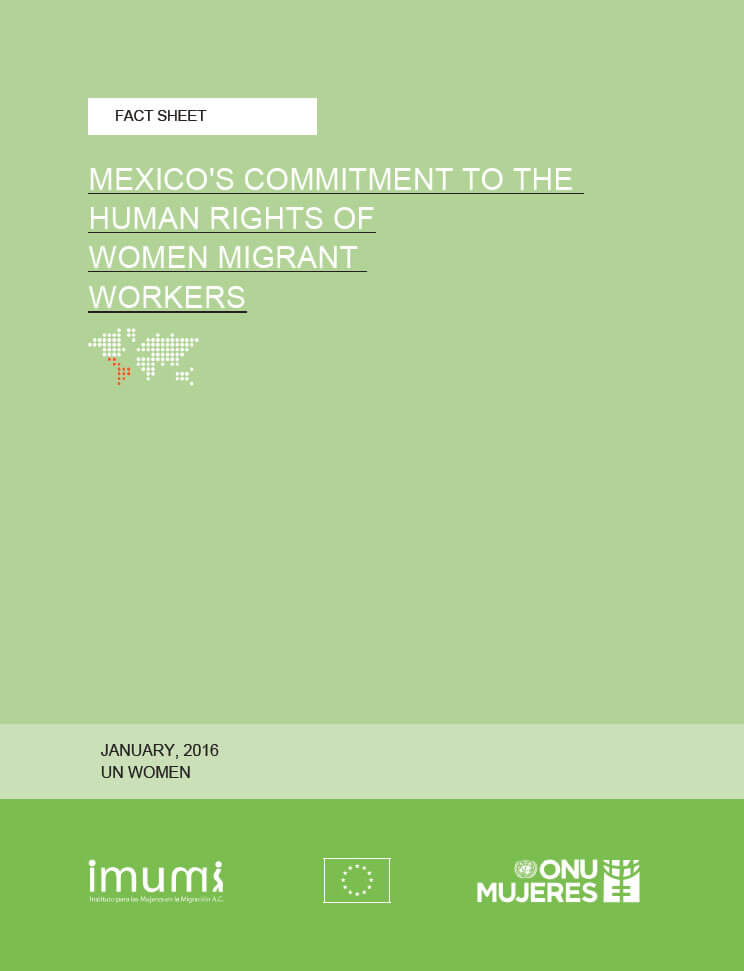 Mexico’s commitment to the human rights of women migrant workers

Focusing on the issue of migrant workers on the southern border of Mexico, this study seeks to contribute to the level of harmonization between Mexican national policies and international standards of human rights and to improve the accountability of States Parties in their compliance with international conventions. The analysis focuses on the Convention on the Elimination of All Forms of Discrimination against Women (CEDAW) and its General Recommendation no. 26, and gives recommendations to the Mexican government to provide a framework for promoting the rights of women migrant workers. It is also an instrument for the preparation of reports on Mexico’s commitments in 2016 for the CEDAW and CMW (Convention on the Protection of the Rights of All Migrant Workers and Members of their Families) committees.

This study is part of a series of productions prepared within the framework of the cooperation agreement between UN Women and the Instituto para las Mujeres en la Migración, A.C. (IMUMI), as part of the project, “Promoting and Protecting Women Migrant Workers’ Labour and Human Rights: Engaging with National and International Human Rights Mechanisms to Enhance Accountably”, an initiative funded by the European Union and implemented in three countries globally: Mexico, Moldova and the Philippines.

Mis/representations of women migrant workers in the media: A critical analysis

31 July 2017
Mis/representations of women migrant workers in the media: A critical analysis