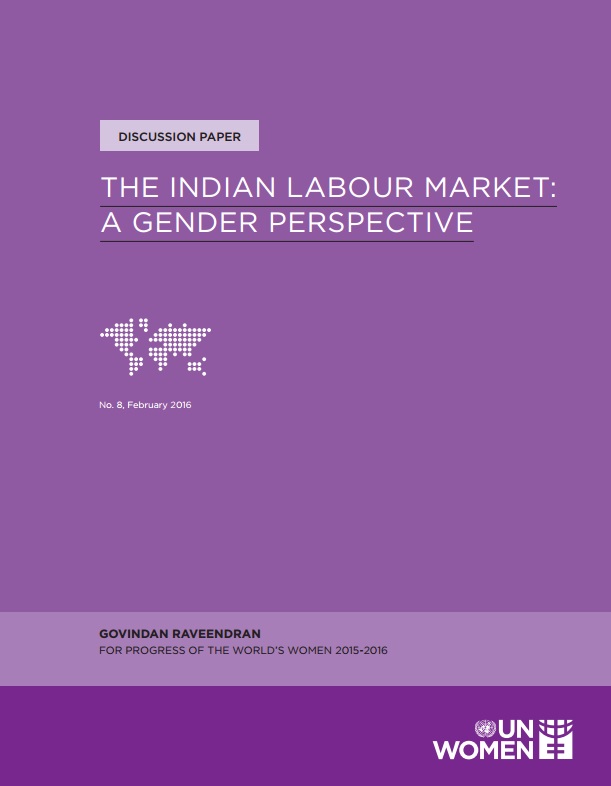 This paper provides an in-depth analysis of trends in labour market outcomes of women in India based on unit level data sets of employment and unemployment surveys undertaken in 1999-2000, 2004-2005, and 2011-2012. The paper analyzes the gender differentials that exist in the employment status of women and men despite the existence of legal and policy framework for the empowerment of women in the country.

The research finds that the labour force participate rates of women are not only less than half of those of men, but also declined in 2011-2012. Age, marital status, presence of children, socio-religious status, area of residence, level of education and relative affluence of households are some of the determinants of labour force participation of women and men in India. This paper was produced for UN Women's flagship report Progress of the World's Women 2015-2016, to be released as part of the UN Women discussion papers series.