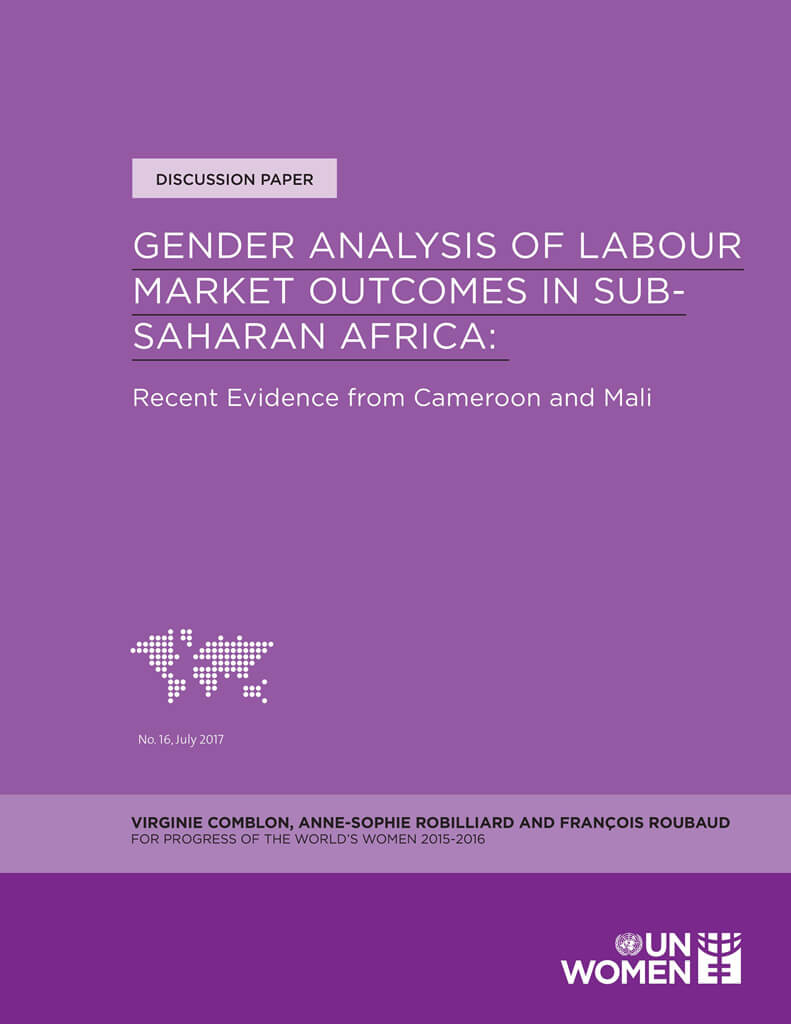 Using micro data from two recent labour force surveys collected in Cameroon and Mali, this paper explores gender differentials in labour market outcomes covering key areas such as occupational segregation, informality, part-time work and gender wage gaps. While women’s participation to the labour market is relatively high in Africa compared to other regions of the world, the examples of Cameroon and Mali suggest it varies significantly within the continent. The data also show that the differential between the two countries in terms of women’s participation is driven by the differential in education levels.

The analysis also reveals that noticeable gender differences can be observed in the employment patterns: while men are more likely to be salaried workers, women are more often unpaid family workers. However, in both countries, informal employment is the norm for both sexes. Gender gaps in monthly earnings are found to be much bigger for self-employed than for wage workers, a result that is consistent with other studies.

Although education of both women and men is likely to play an important role, social norms in general deserve to be studied more thoroughly in order to understand remaining differences and their evolution in a context of rising education levels.

This paper was produced for UN Women’s flagship report, Progress of the World’s Women 2015–2016, and is released as part of the UN Women discussion paper series.