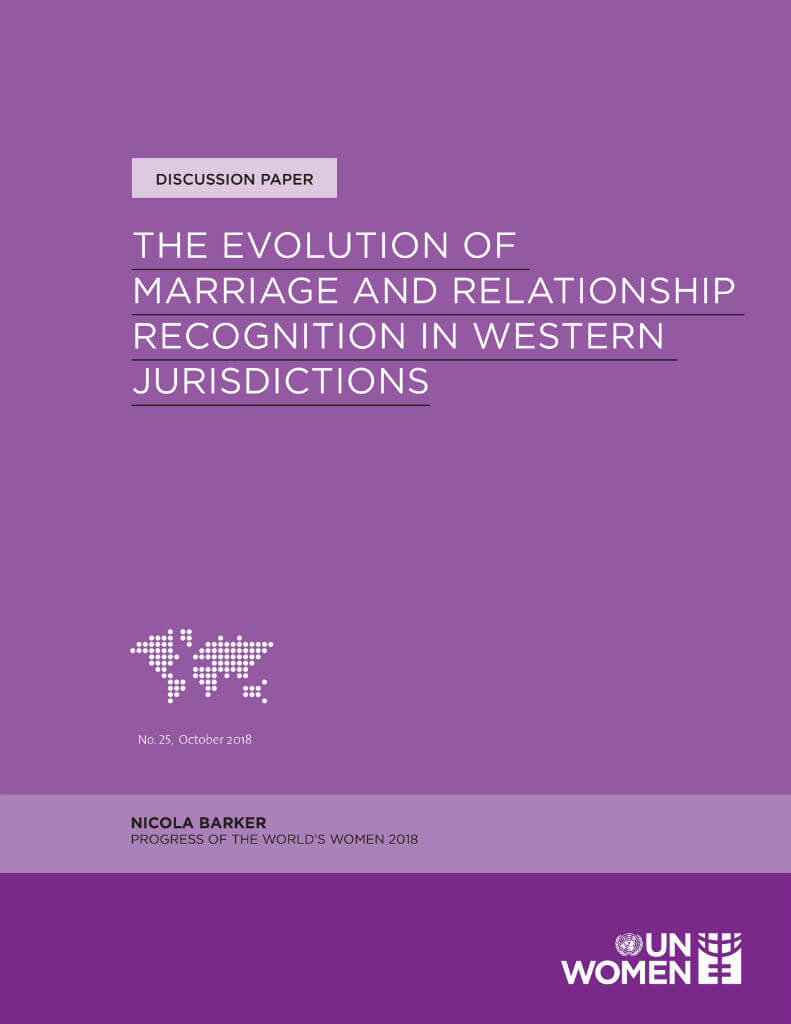 The evolution of marriage and relationship recognition in western jurisdictions

Marriage as both a legal and social institution has long been the subject of critique for its role in the oppression of women. However, the institution has undergone significant change in western jurisdictions, particularly in the last few decades, which have seen (among others) divorce reform, the rise of prenuptial agreements, and the legal recognition of same-sex relationships. These—coupled with social changes in attitudes towards gendered roles within marriage—have arguably resulted in an evolution of the institution.

In this paper, I explore the extent to which the legal institution of marriage in western jurisdictions has changed to reflect greater gender equality. I draw on a number of key illustrative examples: the gendered division of labour, division of assets on divorce, the introduction of same-sex marriage, and some examples from the expanding “menu” of relationship recognition. While significant advances have been made, particularly in terms of formal legal equality, I argue that the evidence suggests that there are still important respects in which gender equality is lacking in contemporary marriage in the West.

The aim of this paper is to give a broad overview of marriage and relationship recognition, and the examples are necessarily jurisdictionally limited and not intended to be reflective of the legal position across all western jurisdictions. I have sought to provide examples from both common law and civil law jurisdictions, though the more in-depth case studies come primarily from the former.