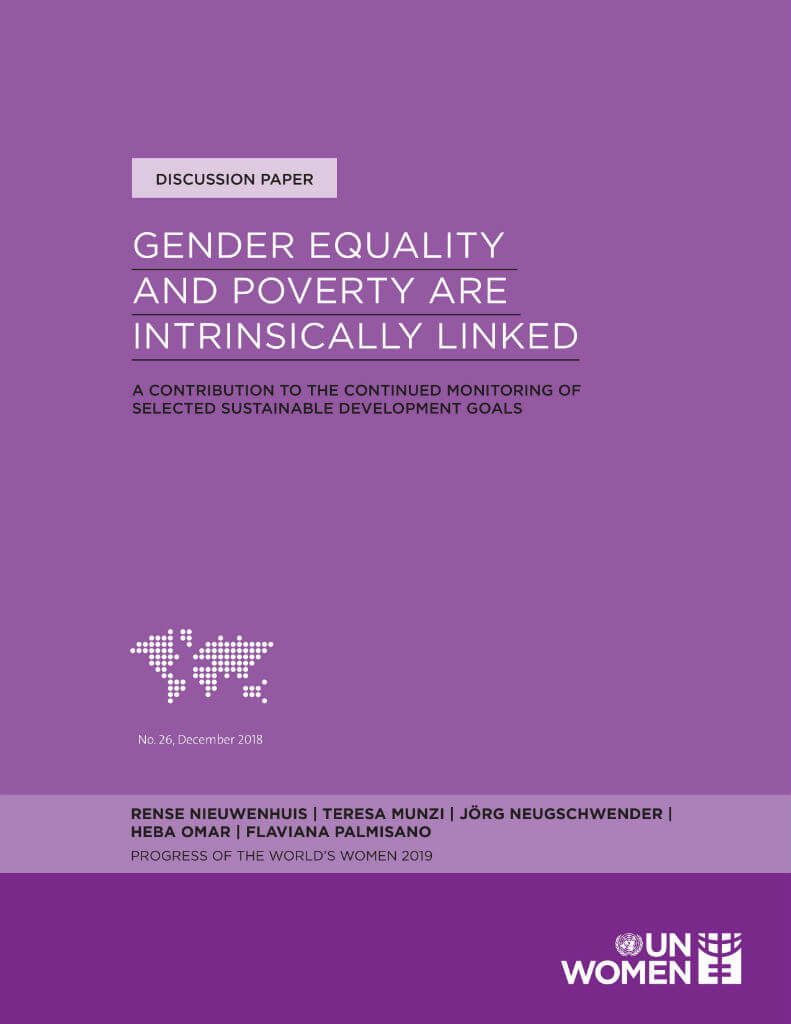 This discussion paper provides an updated analysis of gendered economic inequality in high- and middle-income countries. A review of the literature demonstrates that such an analysis needs to explicitly recognize that gender, poverty, and (economic) inequality are intrinsically linked. Specifically, the paper addresses two sets of questions:

Using data from the LIS Database, this paper shows considerable differences among 42 countries with respect to how likely women were to have their own income. The period from 2000 to 2010/2014 saw increasing rates of own incomes as well as women’s incomes constituting larger shares in total household income. A key finding is that, in countries where many women have an income of their own, relative poverty rates are lower.

This paper was produced for UN Women’s flagship report, “Progress of the World’s Women 2019”, to be released as part of the UN Women discussion paper series.