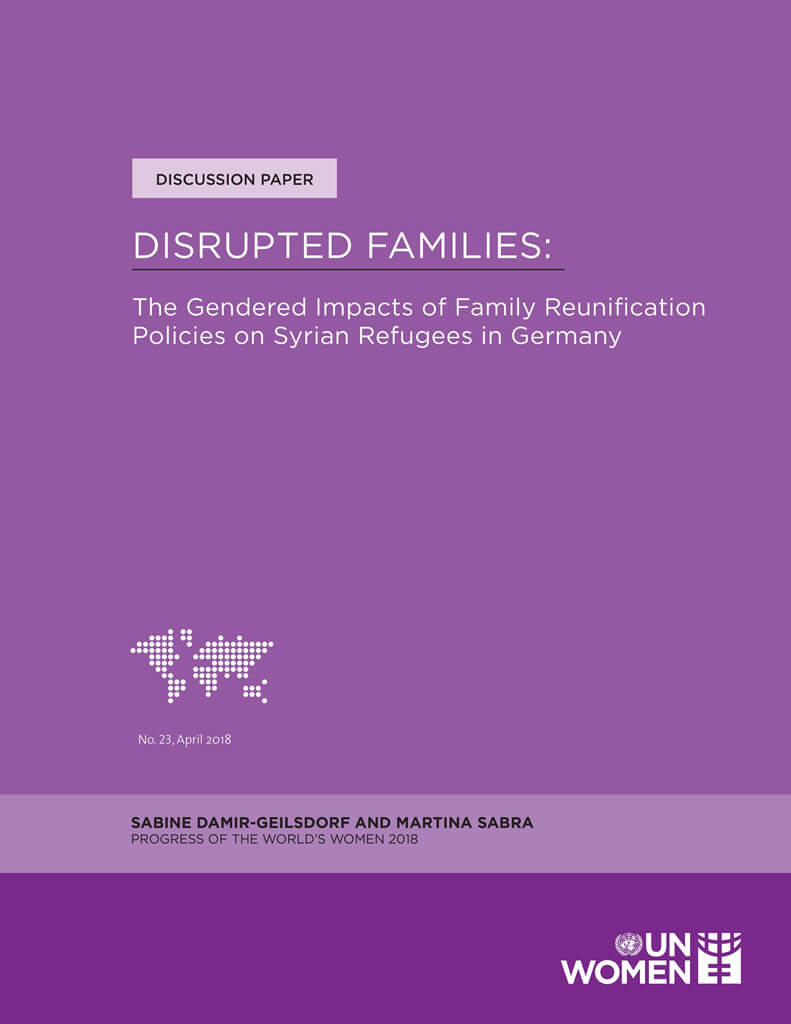 By the end of 2016, an estimated 6.5 million Syrian citizens were internally displaced, and more than 4.8 million Syrians had fled to neighbouring countries. While roughly half of all displaced and refugee Syrians are female, around three quarters of the estimated 550,000 Syrian asylum seekers who have arrived in Germany since the outbreak of the conflict are male. This gender imbalance is mainly due to the dangerous flight routes to Germany and the high costs of smugglers.

Due to changing German asylum policies and practices, lengthy procedures and bureaucratic obstacles, a growing number of Syrian families who had intended to reunite in Germany now remain separated for two to three years or even longer. Others were even forced apart post-arrival.

This paper examines the impacts of shifting policies in relation to family reunification and internal dispersal on the experiences of female Syrian asylum seekers in Germany. It is based on ethnographic fieldwork conducted in Germany in 2012–2016. Through the analysis of women’s accounts and of policy measures, it sheds light on how female Syrian asylum seekers and recognized refugees have coped with diverse challenges before arriving, during long-lasting separations, after subsequent reunifications in Germany, or after arriving alone.

This paper was produced for UN Women’s flagship report, “Progress of the world’s women 2018”, and is released as part of the UN Women discussion paper series.

‘Love is not a passport to Sweden’: Intimate partner violence against migrant women and the proliferation of rights’ statuses

12 September 2018
‘Love is not a passport to Sweden’: Intimate partner violence against migrant women and the proliferation of rights’ statuses

Eldercare policies in East Asia and Europe: Mapping policy changes and variations and their implications

15 December 2017
Eldercare policies in East Asia and Europe: Mapping policy changes and variations and their implications

Guide for the provision of local services

1 June 2015
Guide for the provision of local services