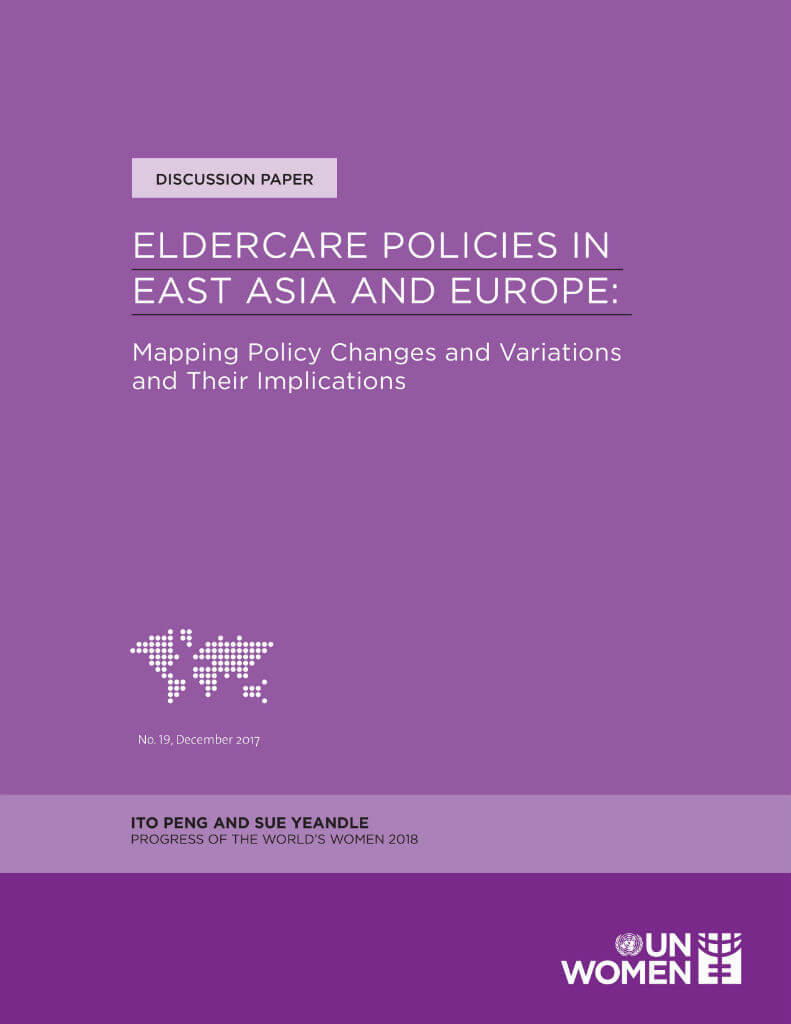 Eldercare policies in East Asia and Europe: Mapping policy changes and variations and their implications

Adequate and dignified care provision for frail elderly populations is becoming an urgent policy issue, not only in high-income countries, but also in many middle- and low-income ones. The growing demand for eldercare in many countries is driven by rapid demographic ageing and by changes in family patterns and gender relations, greater distanciation between generations, and institutional and ideational changes in relation to political economy and the meanings and practices of care.

This paper documents and analyses varieties of eldercare policies, and their readjustments, in East Asia and Europe. It analyses changing social, economic and political contexts and their implications for eldercare and eldercare policies in 10 selected countries and territories—China, Finland, France, Germany, Japan, Republic of Korea, Singapore, Spain, Taiwan Province of China, and the United Kingdom—that all have in common severe care deficits that will only amplify in the future, given their rapid population ageing, low fertility, rising female employment, and increased mobility and distanciation of families.

Policymakers in all areas considered continue to try to manage the imperatives to address increasing public demand for care, maintain fiscal control over social and health care expenditures, and respond to changes caused by population ageing and mobility. This has resulted in significant cross-national and cross-regional policy learning, innovations, and experimentations, as governments adopt and adjust policy models from other locales to meet their needs.

This paper was produced for UN Women’s flagship report, “Progress of the world’s women 2018”, and is released as part of the UN Women discussion paper series.

Costing of a package of family-friendly transfers and services to advance gender equality and women’s empowerment: An introduction to the calculations and results

30 August 2019
Costing of a package of family-friendly transfers and services to advance gender equality and women’s empowerment: An introduction to the calculations and results