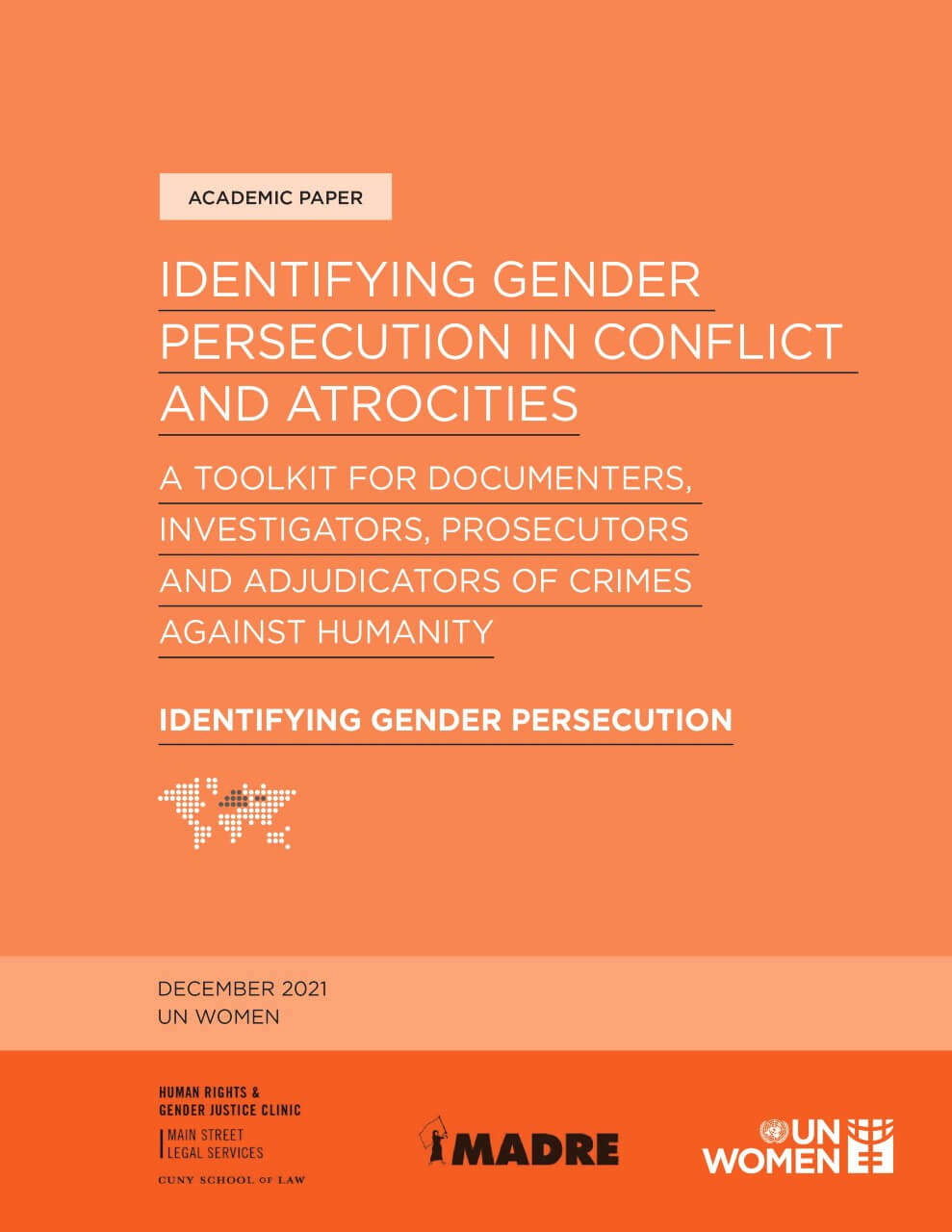 Identifying gender persecution in conflict and atrocities: A toolkit for documenters, investigators, and adjudicators of crimes against humanity

In conflicts and atrocities across the globe, armed actors perpetrate gender-based crimes amounting to persecution as a crime against humanity in an effort to reinforce oppressive, discriminatory gender narratives. Rarely documented, perpetrators are hardly ever held accountable for these crimes. As a result, their crimes of persecution are often excluded from consideration by international and domestic tribunals, and in effect, are left out of history.

This toolkit for identifying gender persecution in conflicts and atrocities aims to close the accountability gap by providing a framework for recognizing and understanding illicit conduct that amounts to gender persecution to investigators, lawyers, advocates, documenters, first responders, and others who engage in identifying gender-based crimes in conflict and atrocity settings.

Section 1 of the toolkit provides an overview of the international crime of persecution on gender grounds as a crime against humanity. It examines how international criminal law recognizes and contextualizes the concept of gender discrimination in the intent to commit crimes.

Section 2 outlines how persecution on gender grounds manifests, including through reliance on and reinforcement of entrenched gender narratives. This section also provides past and current examples of gender persecution across a range of geographic, cultural, and political contexts, as well as guidance on how to identify different forms of gender-driven discriminatory crimes such as murder, torture, enslavement, rape, and other forms of sexual violence.

Section 3 provides exercises and tools to assist the reader with identifying and documenting gender persecution.

The toolkit concludes, in Section 4, with recommendations for ensuring accountability for gender persecution.

Comments on the development of a policy on the crime of gender persecution: Submission from UN Women to the Office of the Prosecutor at the International Criminal Court