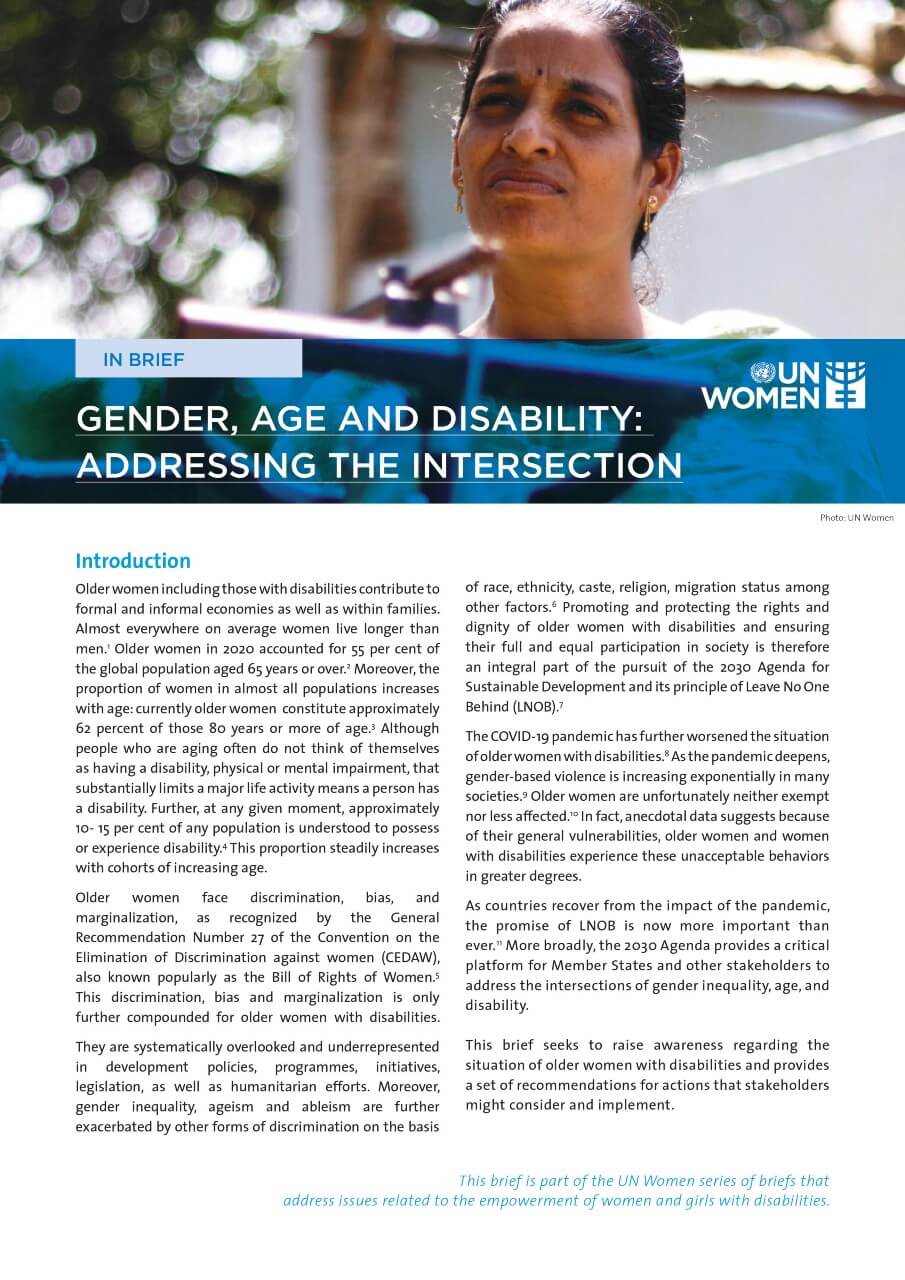 Older women face discrimination, bias, and marginalization, as recognized by the General Recommendation Number 27 of the Convention on the Elimination of Discrimination Against Women.

This discrimination, bias, and marginalization is only further compounded for older women with disabilities. They are systematically overlooked and underrepresented in development policies, programmes, initiatives, legislation, as well as humanitarian efforts.

Moreover, gender inequality, ageism, and ableism are further exacerbated by other forms of discrimination on the basis of race, ethnicity, caste, religion, migration status, among other factors.

By focusing on the intersection of gender, age, and disability, this brief seeks to raise awareness regarding the situation of older women with disabilities and provides a set of recommendations for actions that stakeholders might consider and implement.

This publication is part of the “Briefs on women and girls with disabilities series”.

A toolkit on paid and unpaid care work: From 3Rs to 5Rs