Explainer: Everything you need to know about pushing for equal pay 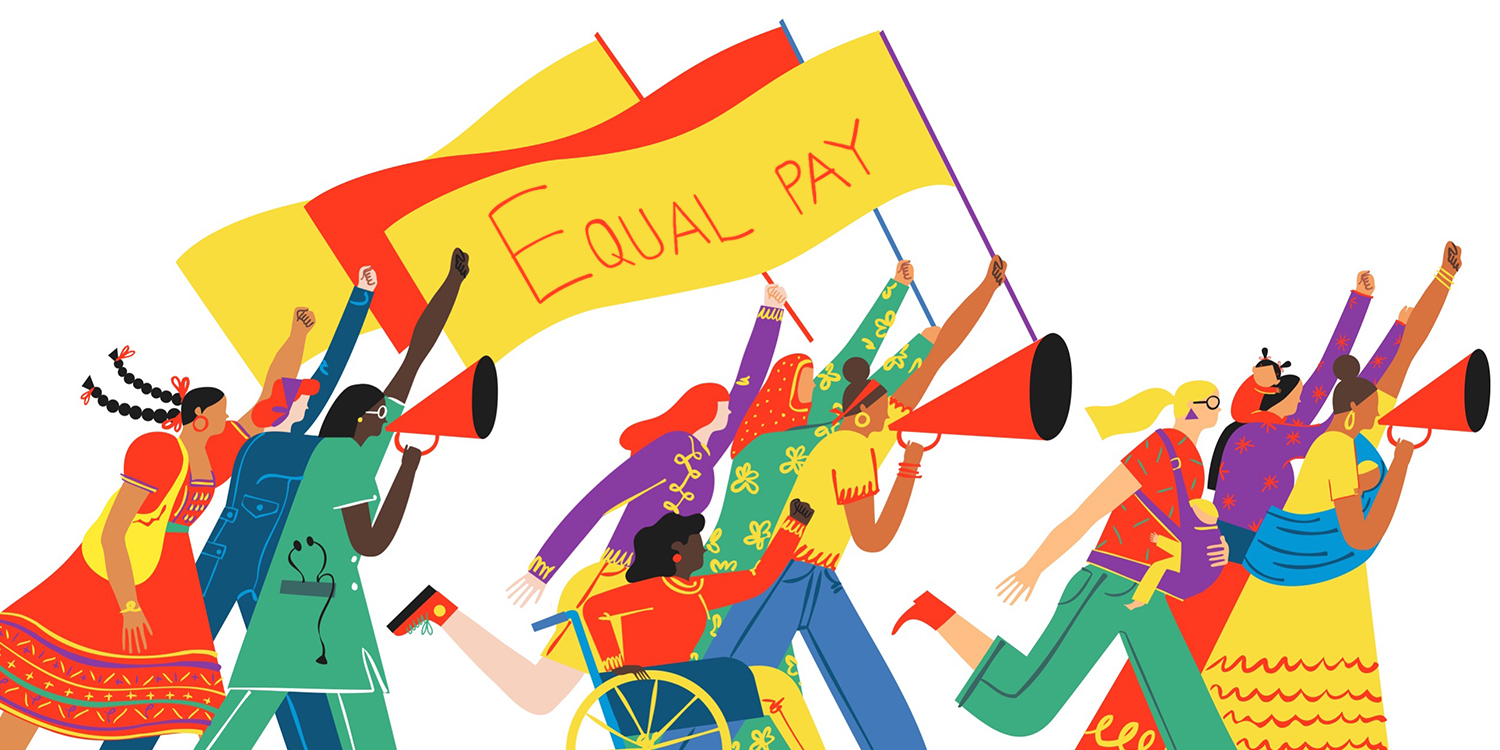 Workers around the world look forward to payday. A paycheck may bring a sense of relief, satisfaction, or joy, but it can also represent an injustice—an expression of persistent inequalities between men and women in the workplace.

Globally, the gender pay gap stands at 16 per cent, meaning women workers earn an average of 84 per cent of what men earn. For women of colour, immigrant women, and women with children, the difference is even greater.

These discrepancies in pay add up and have real, daily negative consequences for women and their families. The adverse impacts are exacerbated even more by crises. It is estimated that the widespread effects of COVID-19 could push 96 million people into extreme poverty by 2021, bringing the total number of women and girls living on USD 1.90 per day to 435 million

On the first International Equal Pay Day, 18 September, take a closer look at the gender pay gap and what can be done to close it.

What do we mean by equal pay for work of equal value?

Equal pay means that all workers have the right to receive equal remuneration for work of equal value. While the concept is straightforward, what equal pay actually entails and how it’s applied in practice has proven to be difficult.

“Work of equal value” can mean a job that is the same or similar, as well as a job that is not the same but is of equal value. This distinction is important because women’s and men’s work may involve different types of qualifications, skills, responsibilities, or working conditions, yet be of equal value, and, therefore, merit equal pay.

Chidi King, Director of the Equality Department of the International Trade Union Confederation, and a member of UN Women and ILO’s Equal Pay Champions initiative, gives the example that a job in the male-dominated construction sector may be of the same or similar objective value as a job in the female-dominated childcare sector. However, the childcare job is likely to have lower pay.

“Remuneration” entails more than a basic wage; it means all the elements of earnings. In addition to wages, forms of remuneration include overtime pay, bonuses, travel allowances, company shares, insurance, and other benefits. A basic wage is often only a small part of a worker’s full compensation, so it is important to factor all forms of pay into the equation.

Why does the gender pay gap persist?

The gender pay gap is rooted in systemic inequalities. Women, particularly migrant women, are overrepresented in the informal sector around the globe. Look around you, street vendors, domestic workers, coffee shop staff, and subsistence farmers are often women. They are in informal jobs that often fall outside the domains of labour laws, trapping them in low-paying, unsafe working environments, without social benefits. These poor conditions for women workers perpetuate the gender pay gap.

In addition to overrepresentation in vulnerable and informal employment, women do three times as much care and domestic work as men, globally. This includes household taskssuch as cooking, cleaning, fetching firewood and water, and taking care of children and the elderly. Although care work is the backbone of thriving families, communities, and economies, it remains undervalued and underrecognized. Try calculating your daily load with UN Women’s unpaid care calculator.

The motherhood penalty is another reason for the pay inequity. On average, working mothers are paid less than non-mothers, and the disparity increases as the number of children a woman has increases. Lower wages for mothers may be related to reduced working time, employment in more family-friendly jobs which tend to be lower paying, hiring and promotion decisions that penalize the careers of mothers, and a lack of programmes to support women’s return to work after time out of the labour market.

The lasting impacts of restrictive, traditional gender roles are also responsible for creating and sustaining pay inequalities. Gender stereotypes steer women away from occupations that have traditionally been dominated by men and push them toward care-focused work that is often regarded as “unskilled,” or “soft-skilled” and therefore, lower paid.

Furthermore, discriminatory hiring practices and promotion decisions that prevent women from gaining leadership roles and highly paid positions sustain the gender pay gap. “It’s not only the pay gap, there's also opportunity gap, and just being seen as an equal is a challenge,” says Abby Wambach, a sports icon and two-time Olympic Gold Medalist and FIFA Women’s World Cup Champion. After retiring from football, Wambach realized that she had scored more goals than any man but got paid much less. “If you think you're treated unfairly, don't wait for the fear of rocking the boat; rock the boat,” she says.

Why is equal pay an urgent issue now?

Equal pay matters because it is a glaring injustice and subjects millions of women and families to lives of entrenched poverty and opportunity gaps.

What should be done?

As governments shape policies to address the fallout from the global COVID-19 crisis, it is urgent that we put female workers on equal footing as male workers. Women make up the majority of workers on the front lines of the pandemic. They’re providing essential health and care services and therefore face a host of additional risks and stresses. Furthermore, 305 million full-time jobs have been lost since the start of the pandemic, and, unlike many previous economic crises where job loss has often been greatest in male-dominated industries, this crisis is hitting women’s work at least as hard as men’s, if not more.

As more women face economic hardships because of COVID-19, the fight for equal pay takes on a new sense of urgency because those who earn the least are most damaged by income discrepancy. In the United States, Black women earn only 62 cents, Native women 57 cents, and Latinas 54 cents for every one dollar that white men earn. Where money is tight, shorted pay can prevent women and families from putting food on the table, securing safe housing, and accessing critical medical care and education--impacts that can perpetuate cycles of poverty across generations.

What does the data say about equal pay around the world?

Unequal pay is a stubborn and universal problem. In spite of significant progress in women’s education and higher female labour market participation rates in many countries, closing the gender pay gap has been too slow. At this pace , it will take 257 years to achieve economic gender parity.

While gender pay gap estimates can vary substantially across regions and even within countries, higher income countries tend to have lower levels of wage inequality compared to low and middle-income countries. However, estimates of the gender pay gap understate the real extent of the issue, particularly in developing countries, because of a lack of information about informal economies, which are disproportionately made up of women workers, so the full picture is likely worse than what the available data shows us.

What next? Actions to push for equal pay

Closing the gender pay gap requires a set of measures that push for decent work for all people. This includes measures that promote the formalization of the informal economy, bringing informal workers under the umbrella of legal and effective protection and empowering them to better defend their interests.

Ensuring workers’ right to organize and bargain collectively is an important part of the solution. It is crucial that women be involved in employer and union leadership, enabling legislation that establishes comprehensive frameworks for gender equality in the workplace.