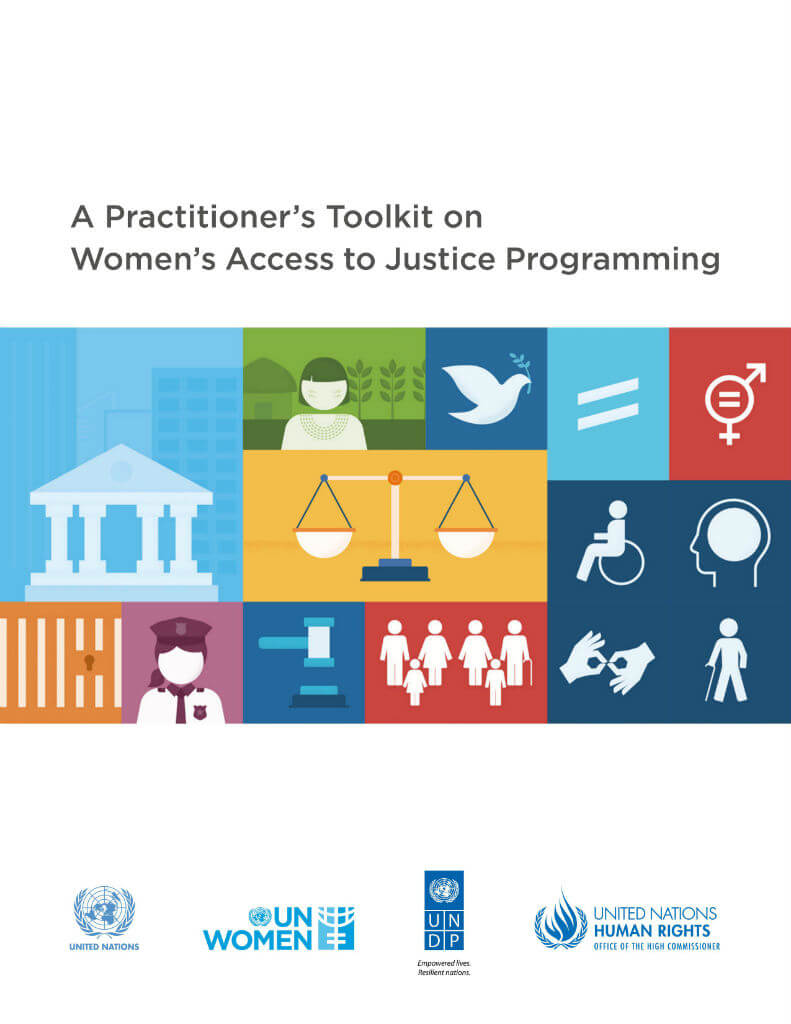 A practitioner’s toolkit on women’s access to justice programming

Access to justice for all is a critical litmus test of peaceful and inclusive societies, and an essential condition for substantive equality, human rights, and sustainable development. Globally, women face barriers to obtaining justice in their capacities as claimants, victims, witnesses, or offenders, often driven by institutional, policy, and legislative failure to remove discrimination, gender bias, stereotyping, stigma, indifference, corruption, and impunity. Women who face multiple and intersecting forms of discrimination, as well as those affected by conflict, are often at the back end of justice service delivery.

“A practitioner’s toolkit on women’s access to justice programming”, developed jointly by UN Women, UNDP, UNODC, and OHCHR, and launched by Nicole Ameline, a member of the Committee on the Elimination of All Forms of Discrimination against Women (CEDAW) during the 62nd session of the UN Commission on the Status of Women, demonstrates that these problems are not insurmountable. It provides practical guidance on how such challenges can be addressed across justice systems more broadly, as well as within the key context areas of marriage, family and property rights; ending violence against women; and women in conflict with the law, with special reference to country-level programming.

Designed primarily for staff of the United Nations system, the toolkit presents a menu of options for responding to current deficits in women’s access to justice programming and the growing demand for technical assistance in this area. It consolidates and complements existing resources and aims at stimulating bolder gender-responsive justice interventions for the full realization of the rights of women and girls.

Reflections on change: Meta-analysis of evaluations managed by UN Women in 2017

1 September 2018
Reflections on change: Meta-analysis of evaluations managed by UN Women in 2017