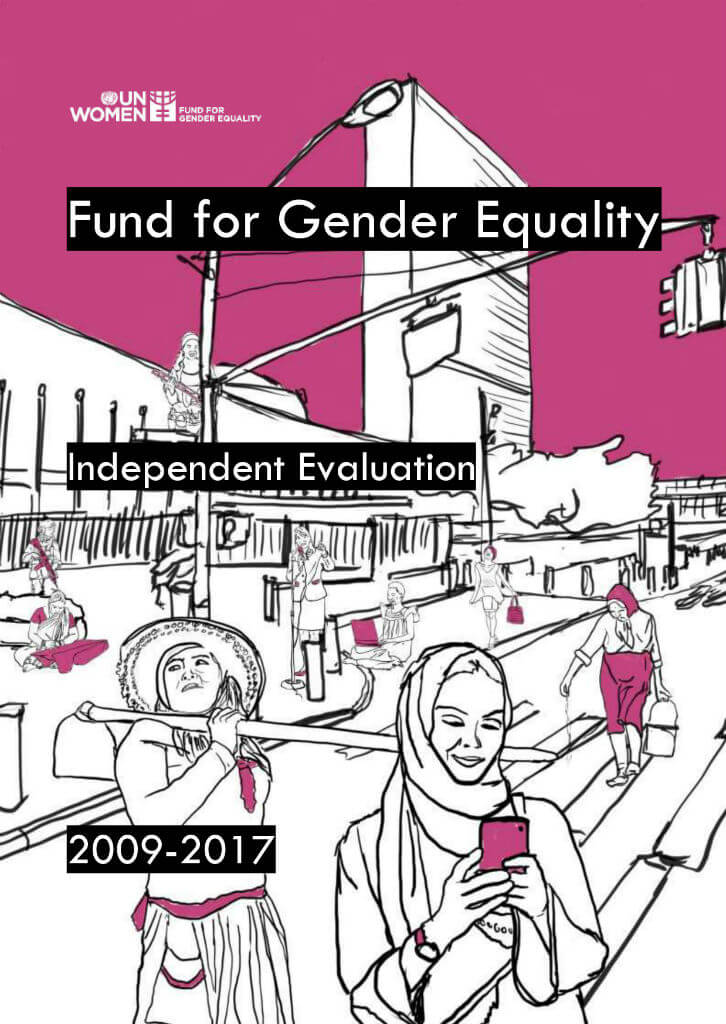 Independent global programme evaluation of the Fund for Gender Equality, 2009–2017

This report contains the findings and recommendations of the first independent evaluation commissioned by UN Women’s Fund for Gender Equality (FGE), assessing USD 84 million invested through 121 grants across 80 countries since the FGE’s creation in 2009.

The evaluation found that the FGE implemented everything it set out to do in its strategies between 2009 and 2017. It directly touched the lives of an estimated 535,800 people, benefitting millions more through policy-level impact. The key contributions, it concluded, have entailed developing skills, addressing social norms to influence change, and establishing gender-responsive governance structures—all of which enabled greater women’s political and economic participation. The FGE helps legitimize women’s organizations and supports their learning through a culture of accompaniment. The evaluation also found that civil society sees the FGE as an important and necessary mechanism.

FGE’s sustainability rates are positive, with 96 per cent of projects continuing to some degree after FGE support. The Fund reaches beyond the fifth Sustainable Development Goal on gender equality and helps extend UN Women’s reach in countries and areas where traditional programming is limited. Its costs benchmark well against comparable funds, and it offers good value-for-money. Areas for improvement comprise more strategic resource mobilization and the need to explore new modalities, including an inter-agency model.

Gender equality for health and well-being: Evaluative evidence of interlinkages with other SDGs