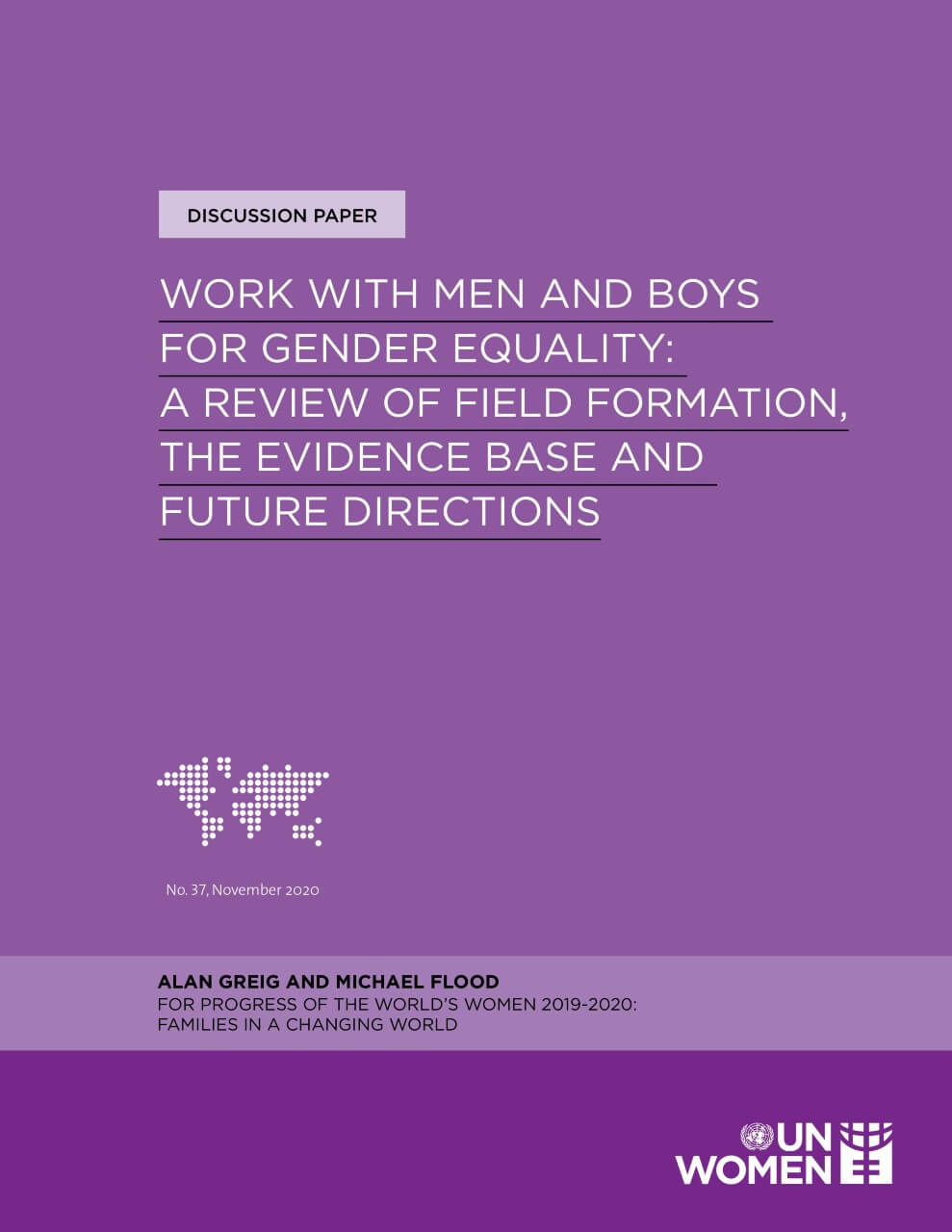 Work with men and boys for gender equality: A review of field formation, the evidence base and future directions

Any assessment of the evidence for gender transformative work with men and boys should consider the conditions that have shaped the emergence of this work. Male-focused gender transformative work has a history, or rather histories. Reviewing its evidence base in light of the forces and factors which have informed its emergence over time enriches our understanding of both the findings from, and the silences within, this body of work.

This discussion paper assesses the evidence base of the “men for gender equality” field in light of three aspects of its emergence as a field, namely:

The paper proposes four directions for the “men for gender equality” field:

This paper is part of the “UN Women discussion paper series”.

Female genital mutilation/cutting and violence against women and girls: Strengthening the policy linkages between different forms of violence

7 February 2017
Female genital mutilation/cutting and violence against women and girls: Strengthening the policy linkages between different forms of violence

Mapping the nexus between media reporting of violence against girls