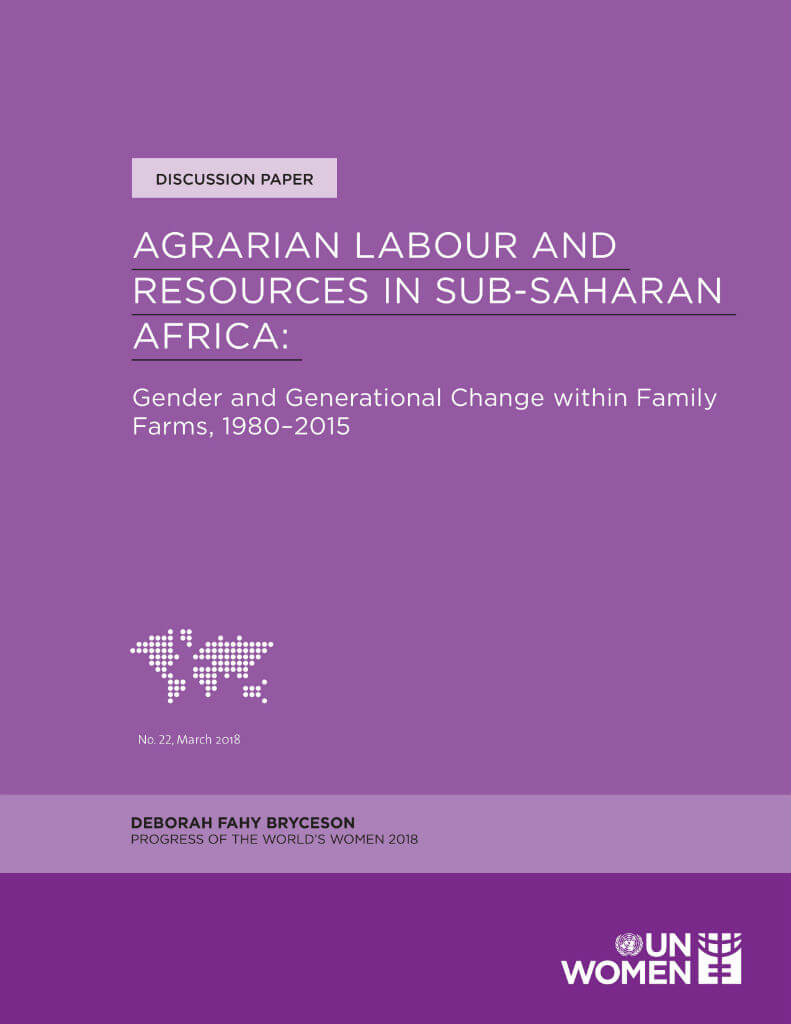 This paper traces the restructuring of rural families’ agricultural production, the intra-household division of labour, and land usage in the interim between the global oil price rise of 1979 and its precipitous fall by 2015. These decades witnessed smallholder export crop production becoming increasingly uncompetitive in the world market due to the high costs of transporting bulky crops over the vast expanses of rural Africa.

With the decline of cashcropping, men, women, and youth were drawn away from farming towards off-farm cash-earning in a wide variety of non-agricultural activities. Now, male heads of household no longer monopolize cash earnings in rural households to the same extent as in the past. Women’s and youth’s earnings afford them more household decision-making autonomy.

Demographically, the HIV/AIDS crisis has imposed strain on rural households, and impacted land usage and inheritance, affecting women detrimentally in some countries, whereas state reform of inheritance laws has improved women’s situation in other countries.

Marriage patterns are changing, with some women experiencing a reluctance to marry men due to men’s lost income-earning capacity and women’s increased wariness of contracting AIDS. In this context, matrifocal families have gained salience.

This paper was produced for UN Women’s flagship report, “Progress of the world’s women 2018”, and has been released as part of the UN Women discussion paper series.

Justice for women amidst COVID-19