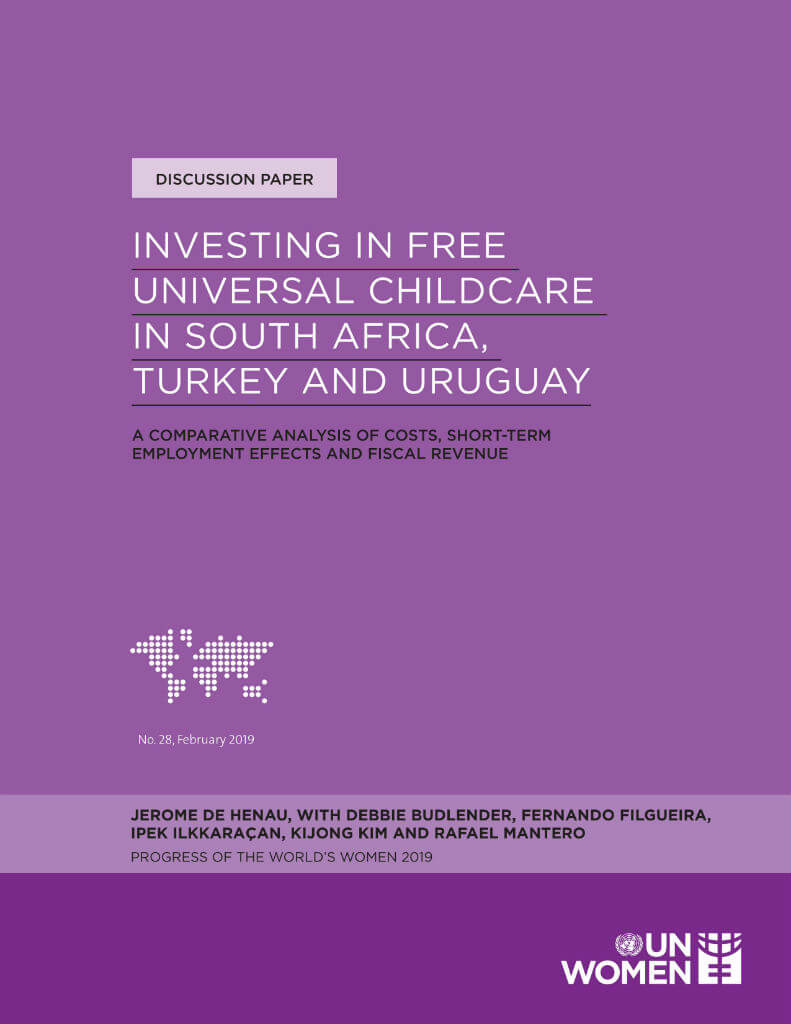 This discussion paper makes the case for investing in free universal childcare services of high quality in order to reduce gender inequality in earnings and employment. It estimates the employment-generating and fiscal effects of investing in free universal childcare in three middle income countries: South Africa, Uruguay, and Turkey. It calculates the total annual costs of investing in high-quality childcare services that would cover the entire population of children below primary school age, using parameters relevant to each national context.

Results show that employment rates can be significantly increased, especially for women, as a result of the combined direct, indirect, and induced job creation. Although the total annual cost of such investment can go up to 3 to 4 per cent of GDP, the net cost can be halved thanks to significant fiscal returns stemming from increased employment and earnings, without changing the tax structure itself (rates and bands). Results are compared with those obtained using a similar method for the United Kingdom and show that the reach of a country’s tax system plays an important role in the funding process.

The paper also estimates a theoretical fiscal break-even point, based on longitudinal labour supply effects of mothers closing their lifetime employment and earning gap following such generous childcare offer. In all three countries and the United Kingdom, the fiscal return on investment based on this measure is likely to outstrip the total cost of childcare for a typical mother of two children on average earnings.

This paper was produced for UN Women’s flagship report, “Progress of the world’s women 2019–2020”, and released as part of the UN Women discussion paper series.

Spotlight on SDG11: Harsh realities: Marginalized women in cities of the developing world