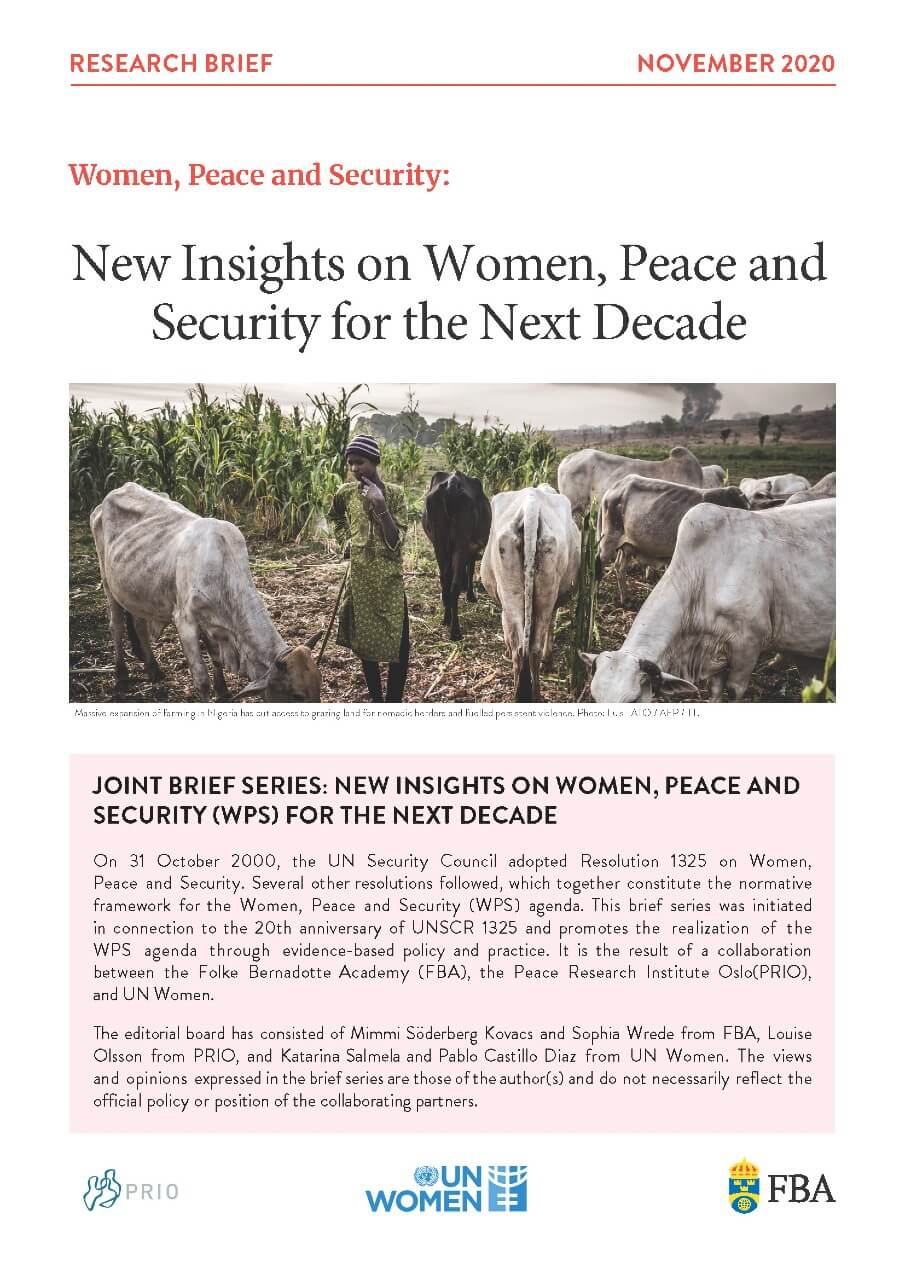 New insights on women, peace and security for the next decade

Ahead of the twentieth anniversary on 24 January 2020, the Folke Bernadotte Academy (FBA), the Peace Research Institute Oslo (PRIO), and UN Women jointly hosted a one-day “Research–policy dialogue” in New York with the objective of bringing together researchers, policymakers, and practitioners to engage in a dialogue on research findings for forwarding UNSCR 1325 beyond 2020.

This joint brief series is a result of the meeting and a continuation of the cooperation, which recognizes that, despite advancements, we have to build a stronger bridge between empirical scholarly work, new policy directions, and actual practice on the ground. This series seeks to address that gap and contribute to the realization of the WPS agenda through the promotion of evidence-based policy and practice.

The series is composed of seven research briefs:

25 May 2021
Women’s meaningful participation in peace processes: Modalities and strategies across tracks