From where I stand: “I was the first woman to apply for a firefighter’s job”

Merve Erbay, 21, became the first woman firefighter in the Turkish Parliament after outperforming competitors in the firefighting exam. 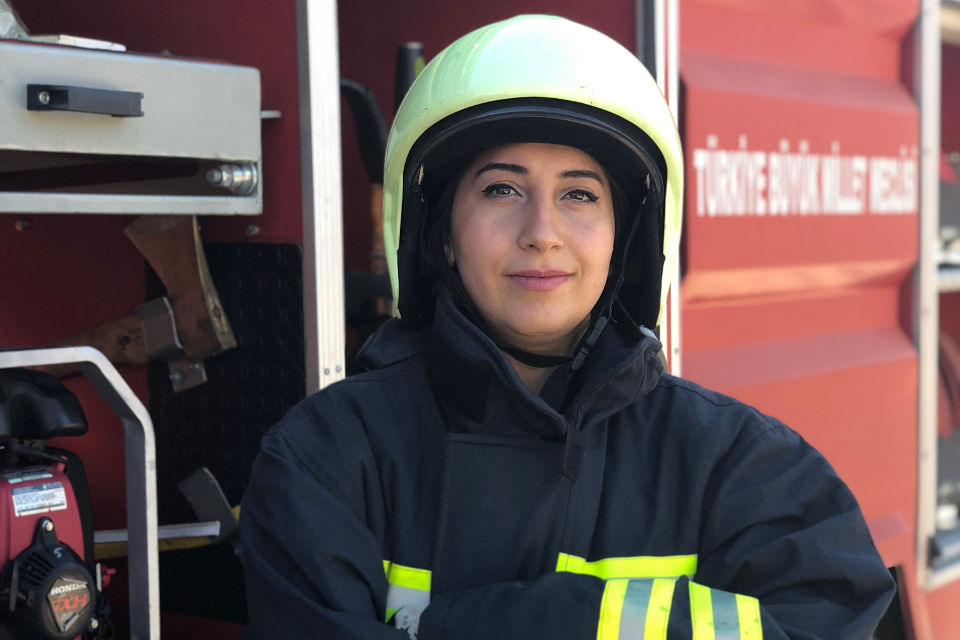 It has been my dream since childhood to be in a profession that touches people’s lives. My role model was my uncle who was a firefighter at an airport. I often used to visit him there.

After graduating from the university, I started to work as a workplace nurse. One day I saw a vacancy announcement by the Parliament for firefighters and immediately applied for it. Successfully completing the examinations, and outperforming many men, I became the first woman firefighter at the Turkish Grand National Assembly (TGNA).

Initially, I faced a lot of prejudices because it was an occupation dominated by men. I was the first woman to apply for a firefighter’s job. Those who heard that there was a woman firefighter at the TGNA came to meet me.

I faced some resistance from my family as well. My mother said, “You’re a nurse, go do your own job”. But my father supported me a lot. Together with him, I broke down my mother’s prejudices.

My dream came true—now in my daily work, I can save lives. Since I am trained as a firefighter and a nurse, I work as a rescuer and can also administer first-aid.

While firefighting is traditionally known as a man’s job, women can easily do it. Strong muscles are not enough for being a firefighter. It takes good training, experience and skills.”

Merve Erbay, 21, works as a firefighter at the Turkish Grand National Assembly (TGNA). UN Women conducts gender-responsive budgeting training at the TGNA to ensure that the planning and budgeting practices of the Turkish Parliament promote equal opportunities for women and men, as part of the “Gender Equality in Political Leadership and Participation in Turkey” project, funded by the Swedish Development Agency. Erbay’s story shows the importance of equal opportunities for women in the world of work (SDG 8) and also SDG 5, which promotes gender equality and women’s empowerment.

Related News
08/03/2016
From where I stand: Pelin Aslantaş
21/05/2015
“Progress for women is progress for all” – Lakshmi Puri
18/05/2015
Gender equality related aspects of the post-2015 development agenda and trade and development policies – a speech by Lakshmi Puri
21/01/2013
Economies rebound faster from crisis when responses focus on women's needs
09/06/2020
Supporting local women-run businesses in COVID-19 response
END_OF_DOCUMENT_TOKEN_TO_BE_REPLACED