In 2012, spearheaded by UN Women, the United Nations agreed on the landmark UN System-wide Action Plan (UN-SWAP) on Gender Equality and the Empowerment of Women (GEEW). The Action Plan implements the 2006 United Nations System-wide Policy on GEEW of its highest executive body, the UN Chief Executives Board (CEB), chaired by the UN Secretary-General. For the first time in UN history, the UN-SWAP enabled gender issues to be mainstreamed systematically and measurably into all major institutional functions of the UN system entities.

The UN-SWAP framework also set out a plan for three aligned foci of accountability for gender equality and the empowerment of women:

Implemented from 2012 to 2017, the first phase of UN-SWAP consisted of 15 performance indicators based on intergovernmental mandates. A total of 66 UN entities (94 per cent), corresponding to more than 99 per cent of the UN budget, reported on progress annually. The framework uses a five-point rating scale ranging from “not applicable” to “exceeds requirements” for every performance indicator. This allows progress to be defined uniformly, measured progressively, and articulated aspirationally.

The UN General Assembly requested that the Joint Inspection Unit (JIU) undertake a system-wide evaluation of the effectiveness, value added, and impact of UN-SWAP as a tool for performance monitoring and accountability. The JIU found UN-SWAP is a catalyst for advancement towards gender mainstreaming and a system-wide achievement. For more information, please read the JIU’s “Review of the United Nations System-wide Action Plan on Gender Equality and the Empowerment of Women” (2012–2017) and the “Review highlights”.

Upon expiry of the initial UN-SWAP duration, a second generation of the UN-SWAP was developed with widespread consultation across UN system entities and launched in 2018. It updated and expanded UN-SWAP 1.0, building into it refinements and lessons learned, as well as aligning it with the 2030 Agenda for Sustainable Development, with its focus on results.

While the first phase of UN-SWAP implementation focused on gender mainstreaming and planning, the second phase is designed to focus on results, and includes monitoring activities and outcomes for gender-related Sustainable Development Goal results. 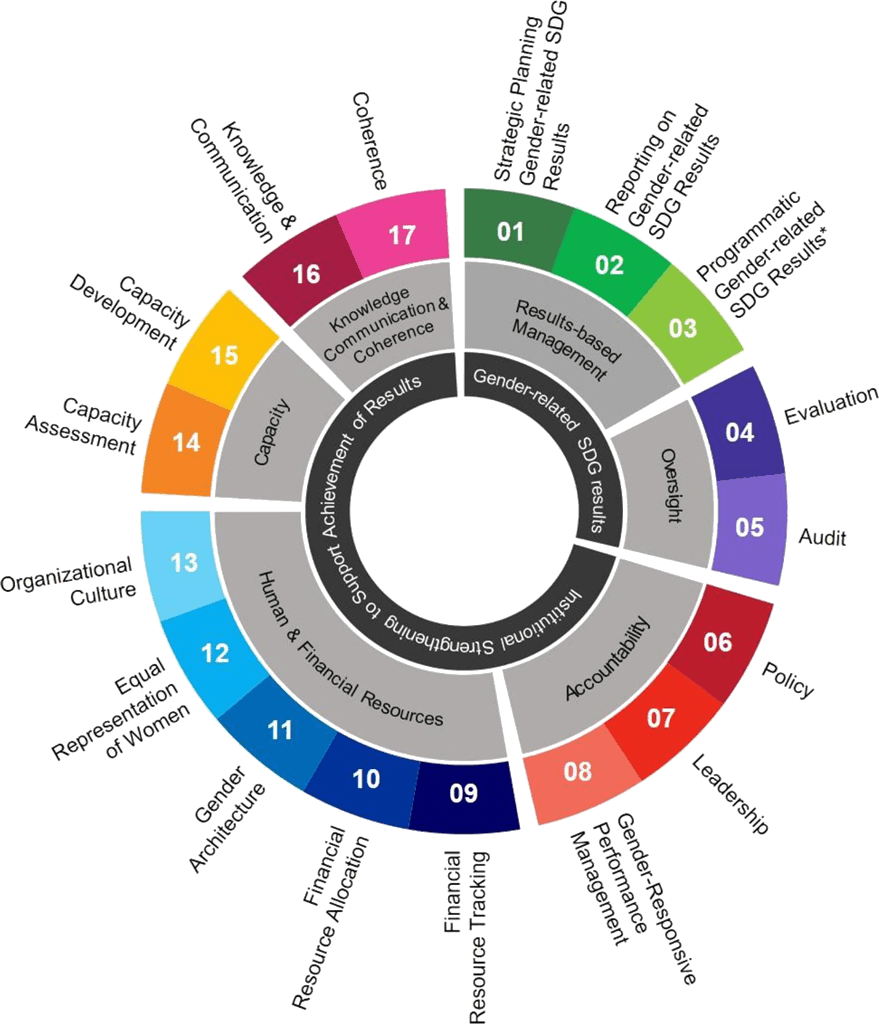 The new United Nations Sustainable Development Cooperation Framework requires UN development entities to put gender equality at the heart of programming, driving the active and meaningful participation of both women and men, and consistently empowering women and girls, in line with the minimum requirements agreed upon by the United Nations Sustainable Development Group (UNSDG) in the “UNCT System-wide Action Plan (SWAP) gender equality scorecard”.  The scorecard is an accountability framework that promotes improved UN planning, programming, and results for gender equality and the empowerment of women in support of Member States’ efforts to achieve the Sustainable Development Goals (SDGs). The scorecard is organized around seven dimensions: planning; programming and monitoring and evaluation; partnerships; communications and advocacy, leadership, and organizational culture; gender architecture and capacities; resources; and results. Each dimension includes performance indicators drawn from intergovernmental mandates. 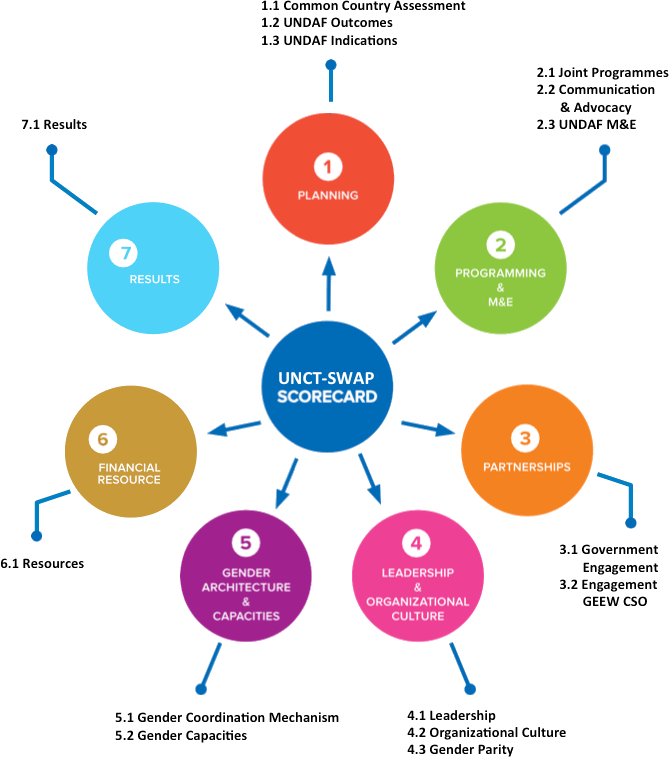 UN-SWAP results
Key tools and resources
Up one level
news

Afghanistan: Top UN delegation tells Taliban to end confinement, deprivation, abuse of women’s rights
Statement: The decree barring women in Afghanistan from working in non-governmental organizations is yet another stark violation of women’s rights
Stepping up for women and girls during the flood crisis in Pakistan
G20 op-ed: Unlocking the full potential of women
In the words of Anastasia Perepylytsia: "Women are half of the population, whose opinions and needs must be taken into account."
END_OF_DOCUMENT_TOKEN_TO_BE_REPLACED 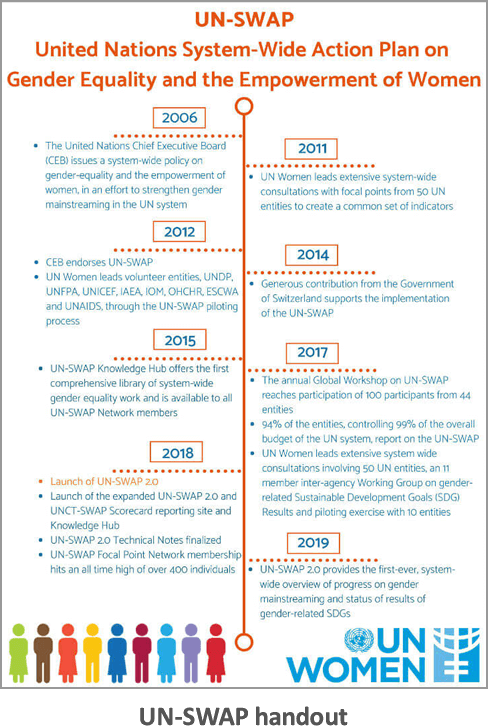