Any individual, non-governmental organization, group or network may submit communications (complaints/appeals/petitions) to the Commission on the Status of Women containing information relating to alleged violations of human rights that affect the status of women in any country in the world. The Commission on the Status of Women considers such communications as part of its annual programme of work in order to identify emerging trends and patterns of injustice and discriminatory practices against women for purposes of policy formulation and development of strategies for the promotion of gender equality.

Please note that the Commission on the Status of Women does not take decisions on the merit of communications that are submitted to it and, therefore, the communications procedure does not provide an avenue for the redress of individual grievances.

DEADLINE FOR SUBMISSION: Any person or organization with a communication should write by 1 August 2021. More information.

What types of communications are sought?

Accurate and detailed information relating to the promotion of women's rights in political, economic, civil, social and educational fields in any country anywhere in the world.

What information should be included in a communication?

It is advisable that communications should:

The following are examples of categories of communications received and trends and patterns identified in recent years:

All claims must be signed and submitted in writing by e-mail or regular mail, and directed to the CSW Communications Procedure. However, the author's identity is not made known to the Government(s) concerned unless she/he agrees to the disclosure.

Any person or organization with a communication should write by 1 August 2021 to:

Or send an e-mail message to [ Click to reveal ].

Media Advisory: UN Women at the 76th session of the UN General Assembly: putting women’s leadership at the centre of the COVID-19 recovery
Gender equality and the UN General Assembly: Facts and history to know
Remarks by Under-Secretary-General of the United Nations and UN Women Executive Director, Phumzile Mlambo-Ngcuka, at the closing of the 65th session of the Commission on the Status of Women
Press Release: UN’s largest gathering on women’s rights delivers robust blueprint on strengthening women’s leadership and participation in public life
At CSW65, women’s rights organizations discuss the impact of COVID-19 on violence against women, one year on
END_OF_DOCUMENT_TOKEN_TO_BE_REPLACED 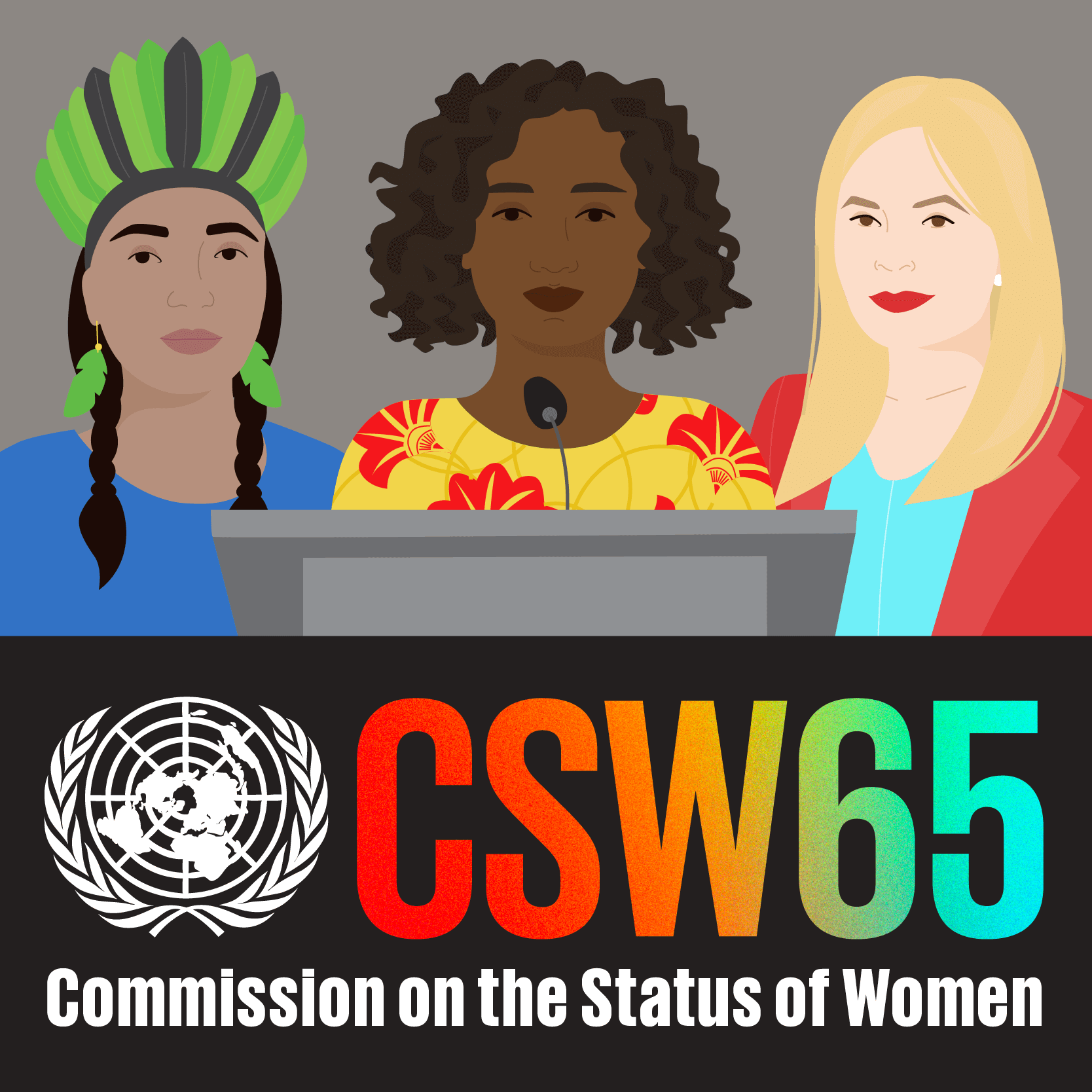