Press Release: One thousand businesses from around the world sign on to the Women’s Empowerment Principles

From Argentina to Vanuatu, 1,000 business leaders from across the globe have expressed support for advancing equality between women and men by signing the CEO Statement of Support for the Women’s Empowerment Principles (WEPs). A joint initiative of UN Women and the UN Global Compact, the WEPs offer guidance to businesses on how to empower women and advance equality in the workplace, marketplace and community. 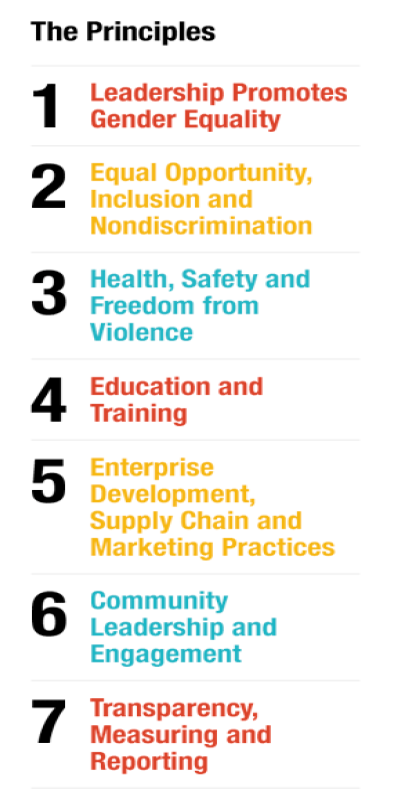 The growth of the initiative, from 39 CEO Champions in June 2010 to 1,000 CEO signers in June 2015, signals the strong business case for empowering women and mainstreaming gender throughout business operations and value chains. Supporters of the Principles come from over 67 countries and over 40 sectors representing industries as diverse as financial services, construction, telecommunications, food and beverage, and pharmaceuticals.

Most recently, on 8 June 2015, in a Declaration issued at the conclusion of the 2015 G7 Summit, the Heads of State and Governments of the Group of Seven (G7) stated their support for the WEPs and called on companies worldwide to integrate the 7 Principles into their activities.

Global Compact Local Networks, in collaboration with UN Women local offices and other partners, play a critical role in driving uptake of the Principles. Recent efforts include a WEPs launch in Georgia, a meeting of WEPs signatories in Brazil to discuss good practices and challenges of implementation, a CEO signing ceremony in Kenya, and a WEPs reporting session in Japan.

Governments, civil society organizations and other stakeholders have also communicated their support for the WEPs, recognizing the Principles as an important framework for engaging the private sector in achieving gender equality.

Related News
07/09/2022
Press release: Achieving full gender equality is still centuries away, warns the United Nations in a new report
08/06/2022
A comprehensive approach to ending violence against women in rural spaces in India
27/01/2022
Gender equality starts at home: How three couples in Lebanon are reshaping norms
16/09/2021
I am Generation Equality: Madhura Das Gupta, business leader and advocate for women’s economic justice and rights
27/01/2021
Women in Mexico sow seeds of hope through the ‘Second Chance’ programme
END_OF_DOCUMENT_TOKEN_TO_BE_REPLACED